The Eau de Cologne resides at the heart of European perfumery. As we spritz ourselves with a revitalizing burst of citrus notes, we echo the fragrant habits of our ancestors, some of whom bathed in it and even drank it, believing it to be medically restorative! 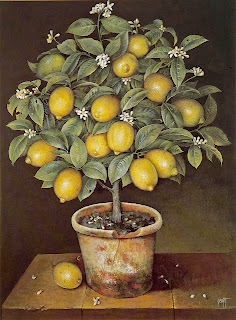 Typically, notes of neroli, edible citrus fruits, bergamot, herbs and a little something musky or earthy to anchor the base, constitute what we know as an Eau de Cologne. The archetypal cologne could be said to be Maurer & Wirtz’s 4711, launched in the highly odiferous world of 1792. Retailing at a very low price it can be used as intended – to literally douse yourself in it with a vigorous splash. However, in our modern world we can use it daily after a shower instead of daily to disguise the musky stench of unwashed bodies.

I first became smitten with the lemony delight when (working as a sales rep for a magazine in the mid 90s) I attended a trade fair in Madrid. The definitive daytime scent of the Spanish man is Alvarez Gomez – Aqua de Colognia. Bought in enormous bottles, this citrus bomb
plasters everything from men and women to laundry and babies.

The men of Madrid looked damn good, well these ones did. They were representatives from the casino industry; slicked back dark locks, well cut suits (including some sporting colonial white linen, something of a fetish for me), intense eyes, often of a startling blue, and a big wodge of attitude that comes from being wealthy and prominent in a rather dubious business. I did rather well in Madrid, picking up significant new advertising business and boosting dilapidated accounts. I can only assume that I must have flirted my way through the sales pitch, drooling figures and USPs whilst twirling my hair and acting coy. I assume that the reason I love cologne so much is that I find it sexy, long held associations with the casino crowd are anchored in the smell of lemons!

The best of my vast cologne collection is Caron’s relatively unknown and certainly uncelebrated Eaux de Caron Fraiche. As one part of a trilogy of fresh cologne style EDTs, it stands out as a unique interpretation of the genre. Why? Because it doesn’t stink of neroli, a note of which I am growing increasingly bored. Instead it offers the following notes:

“Lemon, fresh and bitter grapefruit, mandarin, sweet and fresh bergamot, artemis and balmy galbanum refreshes the top notes. The heart is made of narcotic rose, flowery sweet and clear jasmine spiced up with nutmeg and patchouli. Settled in the base are oakmoss and sensuous musk.” (quote from fragrantica)

To my nose, this is initially a lemon and bergamot fragrance with an air of sweetness that reminds me of quaffing sharp, fizzy sherbet lemons. Just like the sweets, it makes you suck in your cheeks with it’s first shot of acidity. But then, just when you are thinking ‘standard citrus cologne’ you notice something else – an edge of soft earthiness, a damp forest floor vibe, a rich peaty soil. This effect, in just a few minutes, transforms the scent into a magnificent oakmoss. It’s almost like the bones of chypre (bergamot and oakmoss), with very little else apart from a gentle spice. The floral notes listed here are barely discernible. Maybe this is what Mitsouko or Femme would smell like before the addition of their other powerhouse notes?

Alike my eternal Caron favourite ‘Eau de Reglisse’, this fragrance provides a real ‘journey’ from top to base with a dry-down that is unrecognizable from the first spray. This appeals to me enormously, perhaps because the sharp entry refreshes and uplifts whilst the tender exit comforts and calms.

The downside of Eaux de Caron Fraiche is that it’s a monumental mission to get hold of unless you live in France. My bottle was an online blind buy, inexpensive and exquisitely successful. If you love colognes this will definitely not disappoint you.

Other recommended cologne style fragrances in my collection:

With the temperature this week set high and rising, tell me, what are your favourite colognes?