Tom Ford - Black Orchid, the re-emergence of my scent nemesis 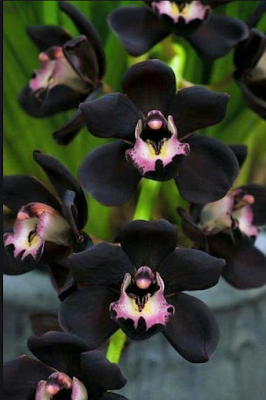 I was never destined to love Black Orchid.

My first experience with Tom Ford’s blockbuster scent was being engulfed in the deafening sillage of a work colleague. The glamourous blonde wore buckets of the stuff and topped it up frequently throughout the day. The shiny black bottle would often appear in the staff room at lunch time, you could taste it in your sandwiches. On my drive home, I felt as if she were in the car with me, her perfume sat like a patchouli laden ghost in my passenger seat.

As the brand’s popularly began to soar, it gained an ardent fan base in online perfume groups. People paid a fortune for ‘Private Blends’, falling hard for the stylish point of sale displays in upmarket department stores. Bestsellers such as Oud Wood and Tuscan Leather gained a following that rivalled that of the notorious Aventus by Creed.

Advertising campaigns for the brand divided opinion. Featuring explicitly depicted isolated female body parts, bottles of perfume were wedged between cleavage, bums and open thighs, fans of the brand applauded the shock factor. Others were horrified by the fact that many of the women featured in the campaigns looked controlled and objectified. The term ‘badvertising’ was used to describe Tom Ford campaigns in marketing industry articles, as advertising professionals mocked the graphically naff ‘sex sells’ throwback theme.

It’s no wonder I left the Tom Ford counters well alone, I didn’t want to contribute to the hype of a brand that left me cold. 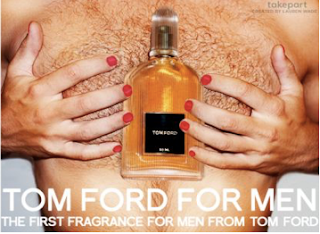 Never has a campaign invited so many spoofs!

Many years have passed since I baulked at the monstrous sillage of my colleague.     This year I’ve found myself craving fragrances with a dominant fruity note. I’ve worn the pants off my bottle of Cristalle, revelling in it’s joyous ‘fruit salad in a basket of hay’ aroma. Piguet’s Visa sated my more decadent moments, my bottle seemed to spray humour as it brought to mind an image of over-ripe peaches squished up inside dirty leather trousers. As I pondered the possibilities of what else I could get my nose around, I was hit by the desire to once again smell Black Orchid. I recalled that amongst the dense syrupy proliferation of patchouli and chocolate, there nestled a good wallop of fruit. And so, with a sense of moral unease, I purchased a small decant from a friend.

Do I like it?
I’m not sure. A single spray still fills a room, two sprays could induce the gag reflex the area of my postal code. It’s bossy and domineering and synthetic to the point that a bottle could come accessorised with pointy nail extensions and giant lip fillers. It’s not me.

But a little part of me sniffs at my wrists and marvels at the oddity of how distinctive it smells. There is an abundance of fruit, swimming in a peculiar wash of aquatic waves. Chuck a load of dense oriental notes into the mix and it becomes a unique whiff. In a marketplace where there is a multitude of scents that the smell almost the same as their shelf-fellows, Black Orchid smells like Black Orchid.

My tiny decant was enough for me to satisfy the curiosity of my memory. I’ll pass it on to a friend (who lives a very long way away!).