The Scent of Hawthorn: May Day, Witches and The Plague!

Today I spent my precious lunch break idling in Manchester’s Whitworth park, with my face turned up the greet the sun, dropping only to take a bite of my sandwich and a slurp of a violently blue slush drink (a new and welcomed arrival to ‘sugary crap you can buy in the school canteen’).

Another welcomed arrival was the splendid whiff of Hawthorn Blossom surrounding me. The heavy stormy atmosphere seemed to trap and amplify it’s power rendering me somewhat bewitched. 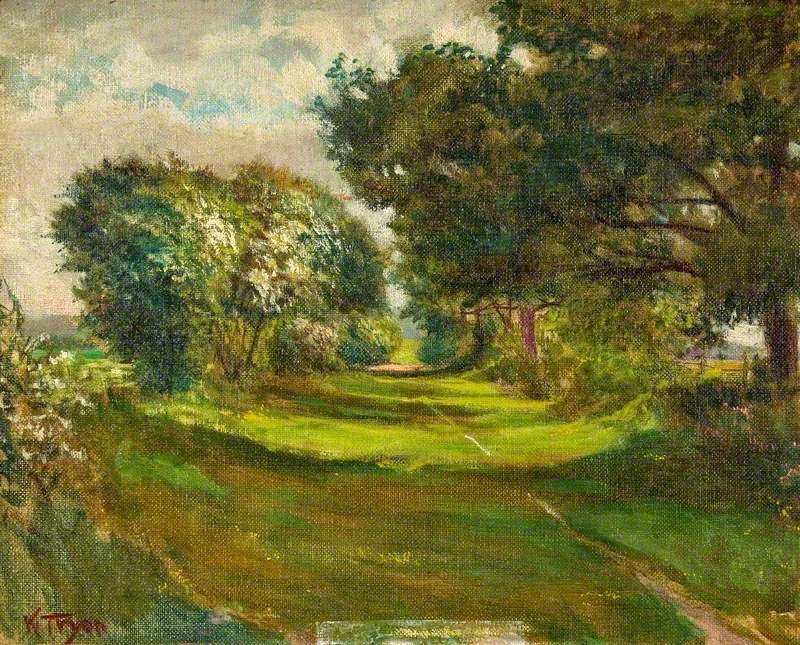 The familiar sight of Hawthorn in the Spring, by artist - Kate Allen Tryon

Historically, the Hawthorn tree was bound in folklore. Amongst many curious ideas, it was deemed to be the residence of a fairy that could whisk you away to the ‘otherworld’ if you sat underneath it on the 1st of May (you have been warned). It was also worshipped as a symbol of fertility, perhaps because of it’s early blooms that foretold of the fertile summer ahead. Most worryingly, one of it’s many ancient names is ‘Hagthorne’ which stemmed from the belief that haggardly witches turned themselves into Hawthorn trees on Beltane night (a Gaelic festival which happens to be tomorrow). Despite it’s beguiling scent, I’d avoid getting too close to it over the next few days. 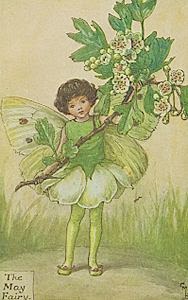 I adore the scent of Hawthorn. In particular, it’s oddness. It smells beautiful with it’s sensations of opulent tonka bean/coumarin sweetness blended with a real ‘British countryside’ floral aroma. It’s not the gentile blooms of Grasse, but a much more feral and filthy flower, which it would have to be given that it’s primary pollinating buddy is the beastly Carrion Fly (more frequently found on rotting meat and cow pats).

Many folk are repulsed by the scent, perceiving it to be the ‘stench of death’ with it’s tendency to replicate bodily decomposition. Indeed it was likened in times past to the pungent smell of the plague. I’m not entirely sure I agree but I do detect a petite aspect of horror movie screening alongside it’s historical romance.

Last spring, I wrote about two of my favourite white florals and made reference to the countryside Hawthorn of my childhood. I also made some rather odd references to other scented phenomena that is worth a peruse if you enjoy the dafter side to Odiferess. Click here to read it.

If you are an ardent fan of hedgerow notes, I’d recommend giving these a sniff:

The Vagabond Prince - Enchanted Forest (click here for my review)

Dior – Fahrenheit (yes I know, but it contains not just Hawthorn but also Lily of The Valley, Chamomile and Honeysuckle)

I wish you a frolick filled May Day. To get you in the mood, I give you, the maypole dance from the cult film The Wicker Man.

Regular readers of Odiferess will already know about my hibernation tendencies, and when I wake up in the Spring, I REALLY wake up. It’s as if the sunbeams, brightness, warmer temperatures and crucially, opportunities to hit the great outdoors, make me see (and smell) everything in technicolour. My mood is elevated, I feel creatively enlivened and I recall that I have a libido. Ultimately – I’m fizzy. 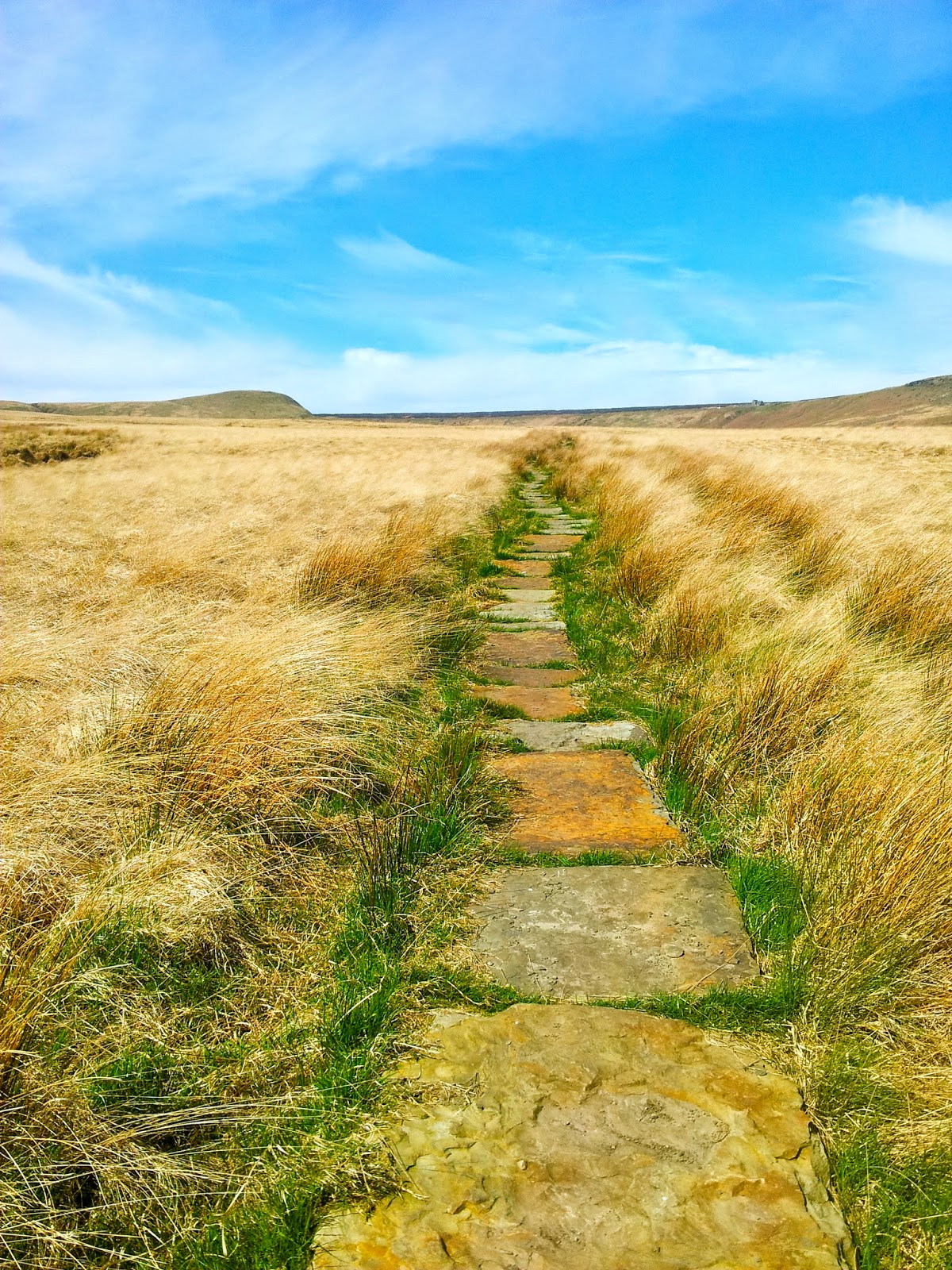 During the Odiferess Spring, I need a scent to match my mood. Jour D’Hermes is ideal with it’s bubbling grapefruit and rhubarb vivacity. Les Eaux de Caron Fraiche emits sunny sharp lemons,herbs and moss, my personal fragrant Prozac. But last weekend these scents were temporarily shelved in favour of an enchanting and unexpected birthday present – Clinique’s extraordinarily effervescent ‘Wrappings’. 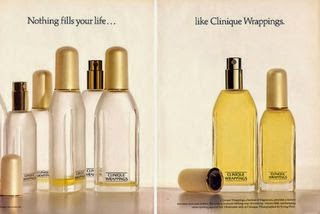 A vintage advert for Wrappings

Wrappings is a rarity in the UK. It appears in Harrods as a brief Christmas gift set then buggers off into a secret hidey hole for a year. I have no idea why Clinique choose to limit distribution as it is by far the most creatively exciting of their offerings. Also, it really doesn’t suit Christmas, it’s a gambolling spring lamb.

Wrappings smells ‘clean’. Not a scent-sation that I tend to speak of with positivity. Clean implies boring, as if scent is a mere cleanser, a ridder of bodily secretions. It is the olfactory world of white musk and laundry powder. To understand Wrappings’ cleanliness you have to ponder the word clean from a different viewpoint, specifically the cleanliness of the natural world; the smell of mountain air, water in peaty streams, freshly cut grass, wet limestone rock, soil, crushed leaves and oddly – snow. 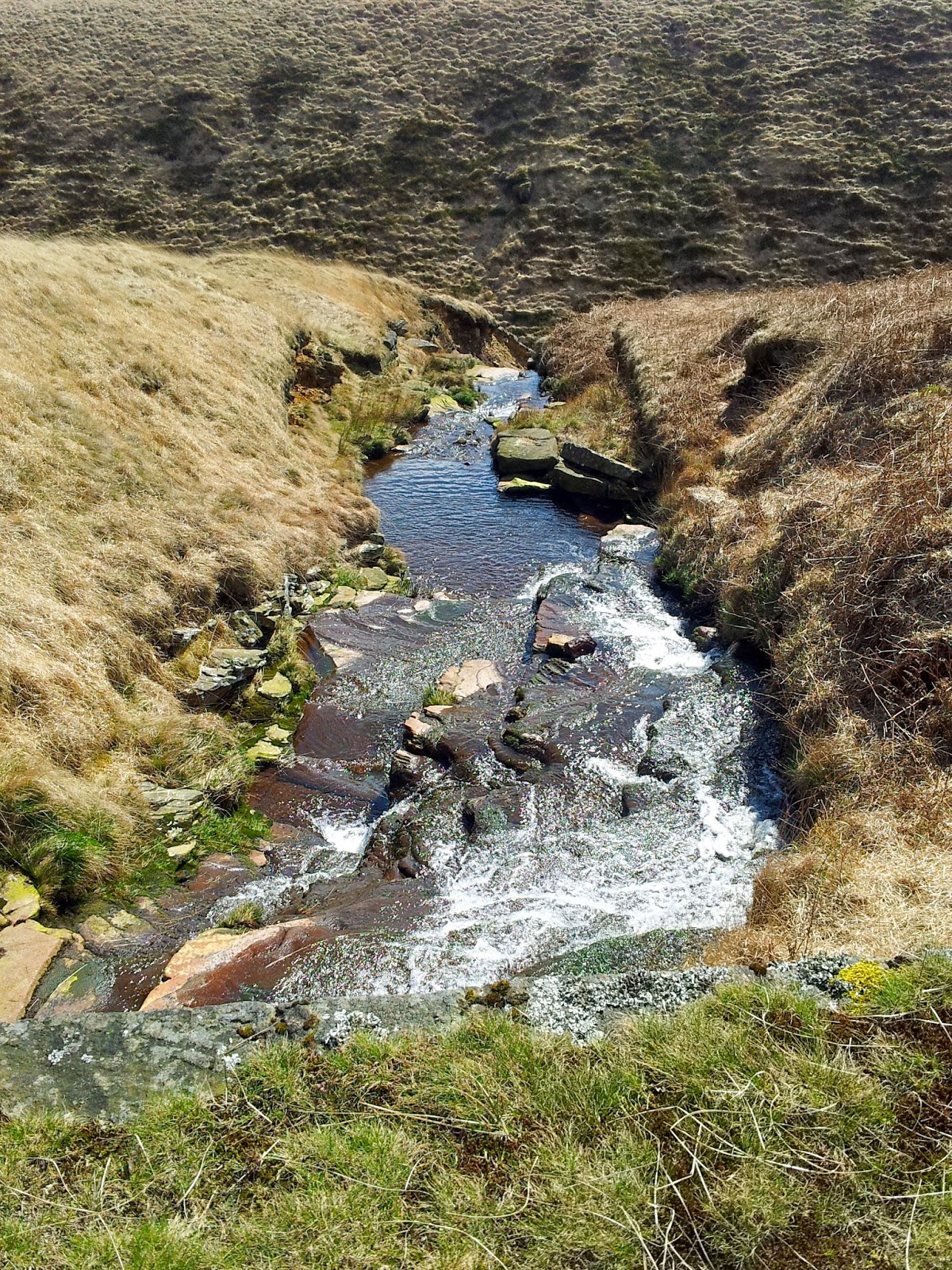 There are plentiful woody and green wonders out there (Ormonde Woman being my personal witchy favourite), but I have not smelt anything that additionally smells airy. I am astounded that a scent can invoke the feeling of being cooled by a breeze in the countryside. I can only deduce that it must be due a whopping great dose of aldehydes which offer a peculiarly ‘metallic’ chilly edge to the intensely natural composition. Oxygen bottled.

This week I took a hike into the Yorkshire moorland with my friend Kerry. At the onset of our ascent, we encountered an ancient stone bridge under which a stream flowed, delivering a rapid burst of peat rich water from the hills. It was magnificent. Both in it’s historic spectacle and it’s olfactory sparkle. Cold wet stone is an underutilised note. Comme Des Garcons, this sounds like your type of thing. 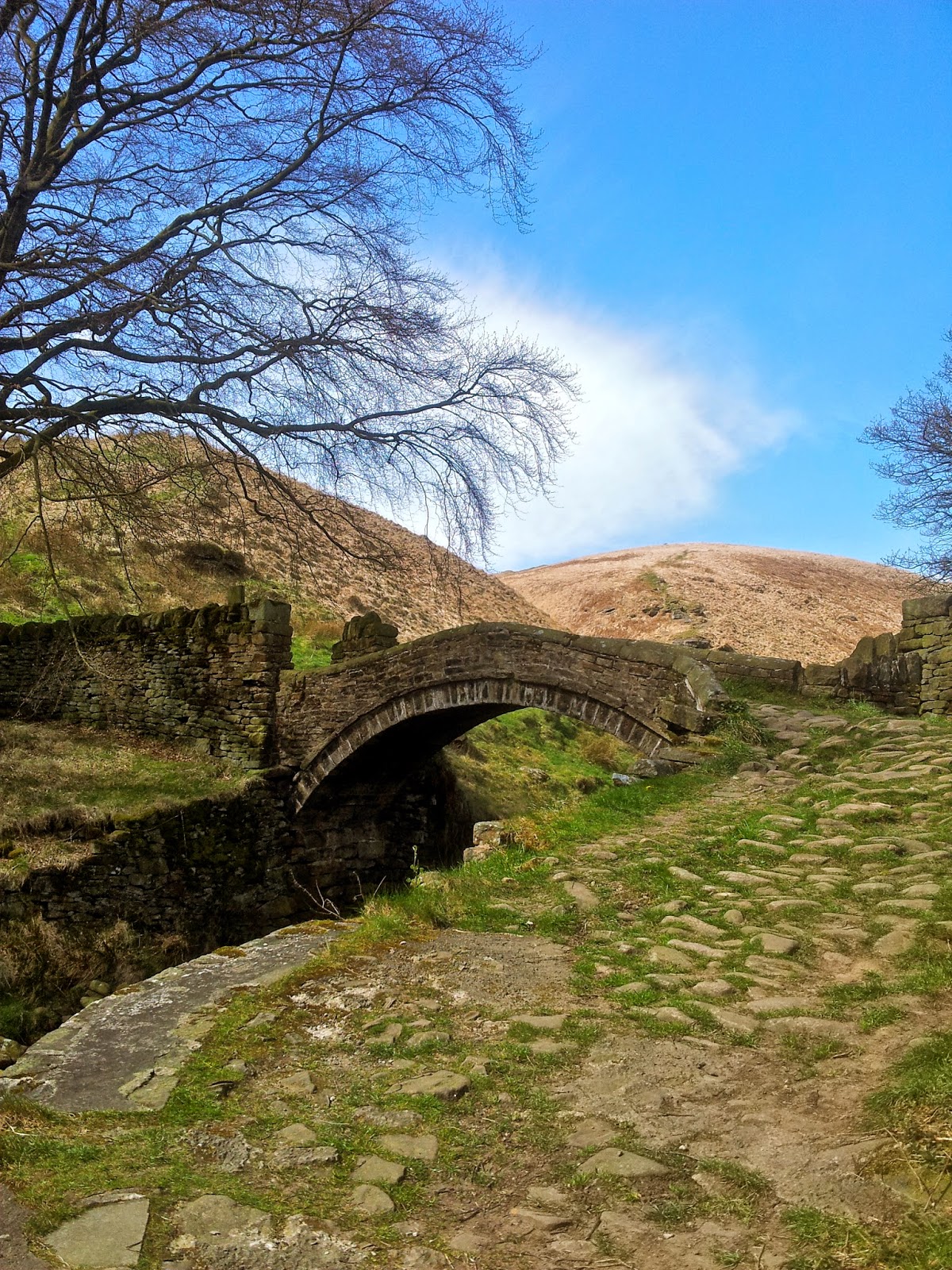 As I stood at the bridge I momentarily thought of Wrappings. If I’d laid underneath motionless in the icy waters and allowed them to wash over me (whilst holding a piece of steel close to my nose), I could recreate the scent in a sort of performance art/extreme spa activity. I didn’t, but I might return when it warms up a bit!

A look at the notes on Fragrantica reveals a fairly accurate readers interpretation of what you can detect, with green notes, cedar and moss sitting at the top of the list. I am surprised that aldehydes and leather feature lower in the list as both have a strident presence. Forget the florals, they are barely discernible apart from an edge of quirky hyacinth which tends to read as more sharply green than floral to me.

Who would I recommend it for?


I’d like to say thank you to Mags and Mum for finding this magnificent gift, it will be worn with joy. Thank you also for risking the wrath of your husbands whilst ignoring the boarding calls at the airport perfumery!

If you’d like to receive notifications of posts at Odiferess you can use the ‘subscribe by email’ box on the right hand side, Feedburner will send you an email to request confirmation. Alternatively, join me on Facebook at:

It seems appropriate that as the UK has been bound up in rather melodramatic smog (complete with drizzle) recently that I turned to a delightfully sunny fragrance for escape, Caron’s 2013 release – My Ylang.
Caron’s output is much smaller than that of it’s historic rival – Guerlain. Meaning that a new release is a rare thing of excitement, my sample should have come with one of those greeting cards that plays a tune, in this case, a trumpeted fanfare to announce it’s arrival.
My Ylang fits neatly into the genre of ‘solar floral’, a term which could be interpreted in a number of ways. Elena at Perfume Shrine suggests that molecules called salicylates (which occur naturally in the Ylang Ylang plant) are a vital component of the solar effect:
“To the perfume student these molecules present fascinating facets on the path of creation because salicylates encompass complimentary aspects and aid diffusion, making fragrances open up and "expand" in a sunny, exhilarating way. Gardenia, tiaré, and frangipani accords are usually built on salicylates and their summery vibe warms our heart even in winter.” Perfume Shrine

Typically, salicylates have been long used in sunscreen lotion which is probably why we associate perfumes containing these molecules with the joy of the holiday season. Guerlain’s Lys Soleia and Terracotta fragrances, Estee Lauder’s Bronze Goddess and Lancaster’s Sunwater all emit a veritable ‘Thomas Cook’ aroma that remind us of time away from work spent in the throes of heat and decadent leisure. It’s no wonder we love them. 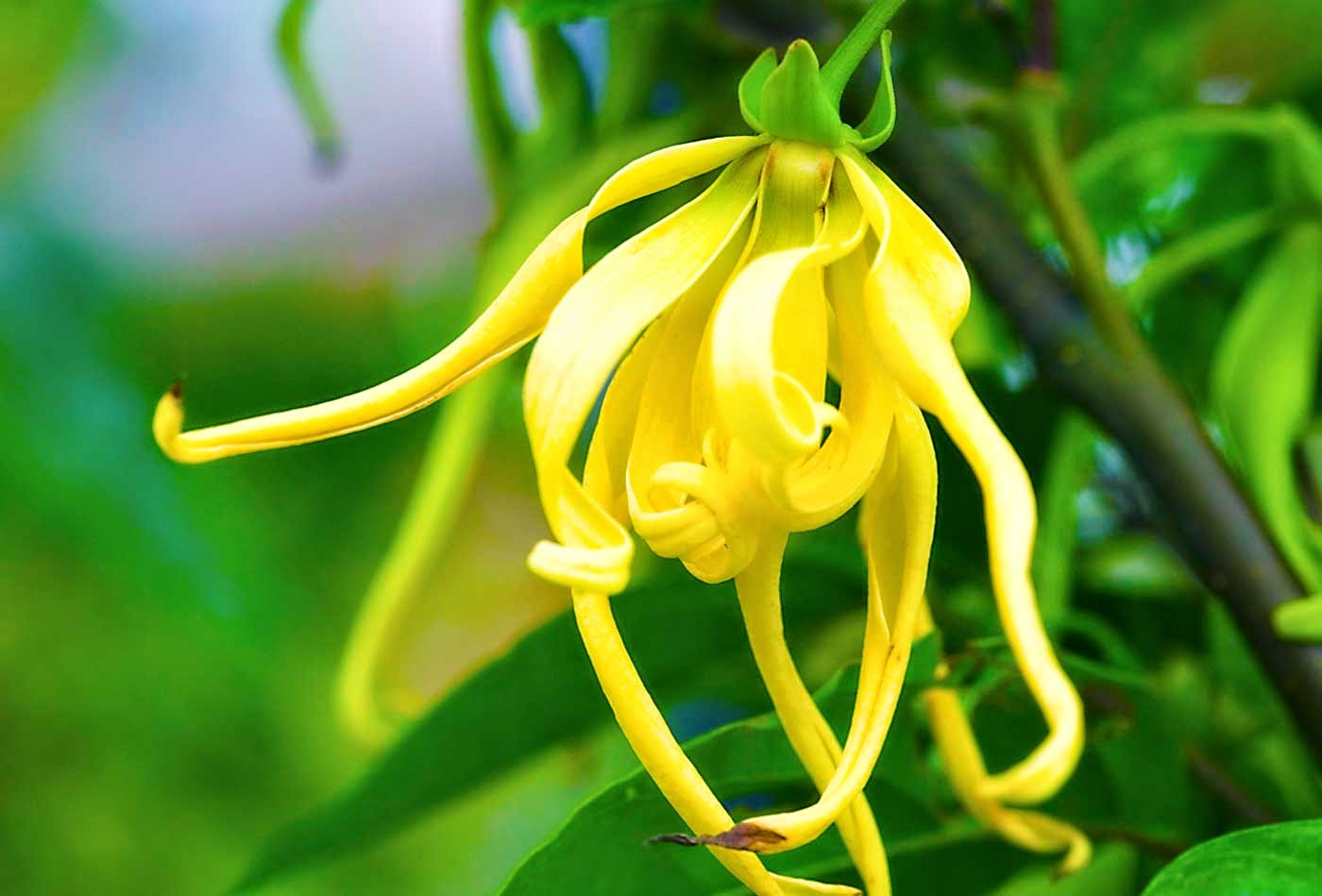 
However, another association occurs for me as there is a definite whiff of Nivea Crème radiating from My Ylang. Nivea was for many years my mum’s choice of skincare meaning that the ‘Nivea note’ signifies love, warmth and protection to me.
This how it wears:
My Ylang opens with a gargantuan burst of citrus and ylang. If you’re curious about what ylang actually smells like, you can take a whiff anywhere that sells essential oils as it is often used in aromatherapy for it’s anti-depressant and sensual properties. Oddly, I really dislike it on it’s own but when mixed with other aromas it becomes a thing of beauty. Mandarin Orange is the only official listed citrus but there is a ‘bells of St. Clements’ effect similar to that found in Jour D’Hermes, but significantly less spiky. A little blackcurrant creeps into the fruit bowl in a very pleasing manner. In recent years this note has been used in abundance, often paired in a sickly gloop of flat sweetness. YSL’s Manifesto and Armani’s Si were responsible for creating ‘blackcurrant haters’ as they introduced to the world their berry puddings, effectively giving us all olfactory diabetes. When blackcurrant is used in collaboration with barely sweetened background (as in My Ylang), it offers us a dazzling edge of greenery and piquancy that ‘lifts’ the composition in a similar fashion to the use of aldehydes. Paired with a trace hint of lily of the valley, you could can sense an atmosphere of nature thriving.
My Ylang is complex, unsurprisingly for Caron who are masters of ‘the journey’ i.e. creating perfumes with a great transformation from start to finish. The different facets of the scent feel almost as if they are moving, dancing about, weaving in and out of our perception. Underpinning the dance lies a grounding base of authentic vanilla that is detectable throughout the journey. It isn’t particularly sweet, simply warm and comforting. Unlike many other solar florals, there are no tropical fruit or coconut elements, which keep it a long way from becoming a genre stereotype. 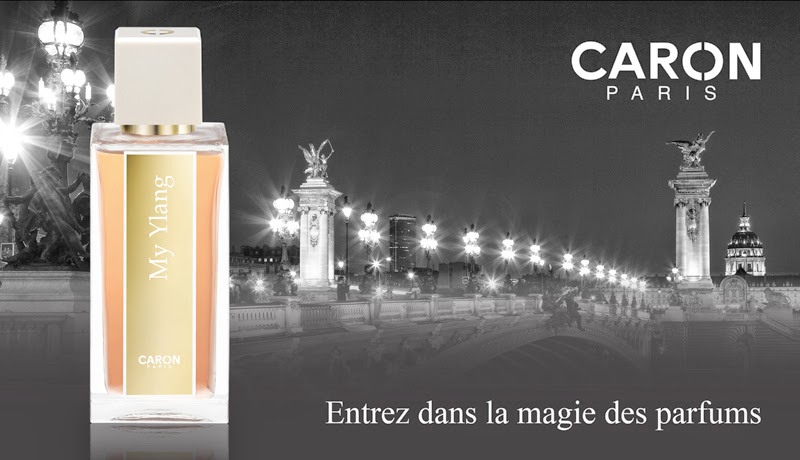 I’d recommend My Ylang for those who are seeking a cheering lift, an essence of summer and a fragrance that offers a multifaceted ride. It does however retail at a high price. For a less expensive (but not as delightfully complex) alternative, a similar vibe can be found in Guerlain’s Aqua Allegoria Lys Soleia. Failing that you could root out last summer’s flip flops, download The Isley Brother’s Summer Breeze, sip away at a Pina Colada and hope the weather looks up.


If you’ve enjoyed reading this post, why not ‘subscribe by email’ in the box on the right hand side or hit like at: https://www.facebook.com/odiferess. That way you’ll never miss a weekly fix of fragrant waffle.
Posted by Sarah Waite at 12:19 4 comments: