Regine Chassagne - Kaleidoscopic Woman, What Should She Smell Like? 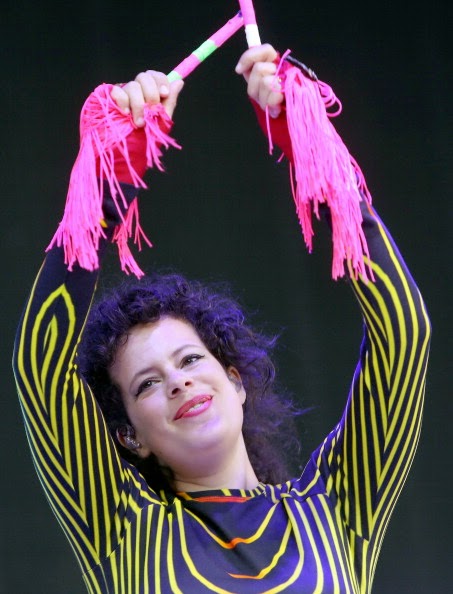 Whilst watching the Glastonbury Festival on TV the other week, I was overwhelmed by just how much I adore Arcade Fire’s wobbly voiced soprano songstrel – Regine Chassagne. I’ve enthusiastically followed Arcade Fire’s art school indie style output for many years, but with the launch of the ‘Reflektor’ album they seemed to have morphed into a kind of ‘cyber rave orchestral noise spectacular’ of the kind that excites me the point of thinking “They are better than the Pixies”. Which is my measuring stick for how good a band is.

Watching the extraordinary Regine’s performance this year was an utter delight. She is simultaneously; charming, coquettish, exuberant, luminous and technicolour. Her voice possesses a beautiful flaw where amongst the high soprano peaks, cracks and creaks occur, perfection is boring. She isn’t. 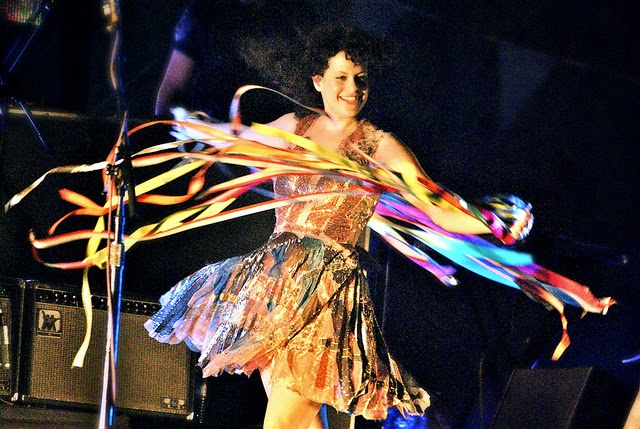 I’ve always been inspired by these type of ‘women of colour’. Those who character (both in personality and visual appearance) radiates an uncontrollably vivid exuberance. As Regine whirls around the stage twirling coloured ribbons in the manner of an Olympic gymnast on amphetamines, I see a history of equally technicolour women of pop. There is no doubt that Regine must cherish Cyndi Lauper who shares a similarly squeaky voice and love of ‘dressing-up box’ clothes. The eighties also produced some fine ‘men of colour’. Remember the video for pointy faced love god – Paul King’s ‘Love and Pride’? It had all the elements of essential 80s pop played out in a sun parched quarry where Paul danced like Elvis wearing an amazingly green suit. To amplify the colour, many leather jacketed children ran amok spray painting each other's Doc Marten boots whilst graphic splatters of animated paint popped across the screen in time to the drum beat. Ahhhh.. the eighties. 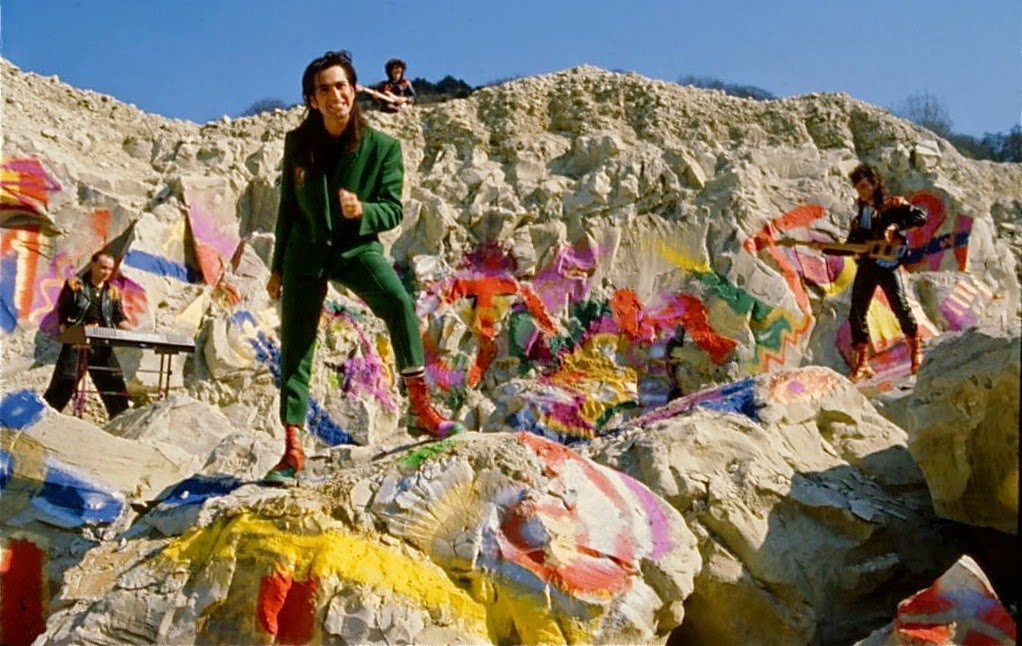 I wonder what perfume might Regine wear? Arcade Fire present a psychedelic super charged extravaganza of light on their stage. Neon paint daubed onto their costumes and much (terrible fire hazard) metallic, fringed and futuristic lycra abounds. Lead singer, and Regine’s husband – Win Butler rejects the archetypal pair of shades for a ‘pair of shades theatrical make-up’ rendering him somewhat sinister and beautiful in equal measures. There is nothing natural about Arcade Fire. They exist in a futuristic and synthetic world where electric chaos reigns. With this in mind, I can only imagine any of them wearing a symbol of the future, an aromachemical, a very artificial one. The obvious choices where I to present Regine with a perfume would be: 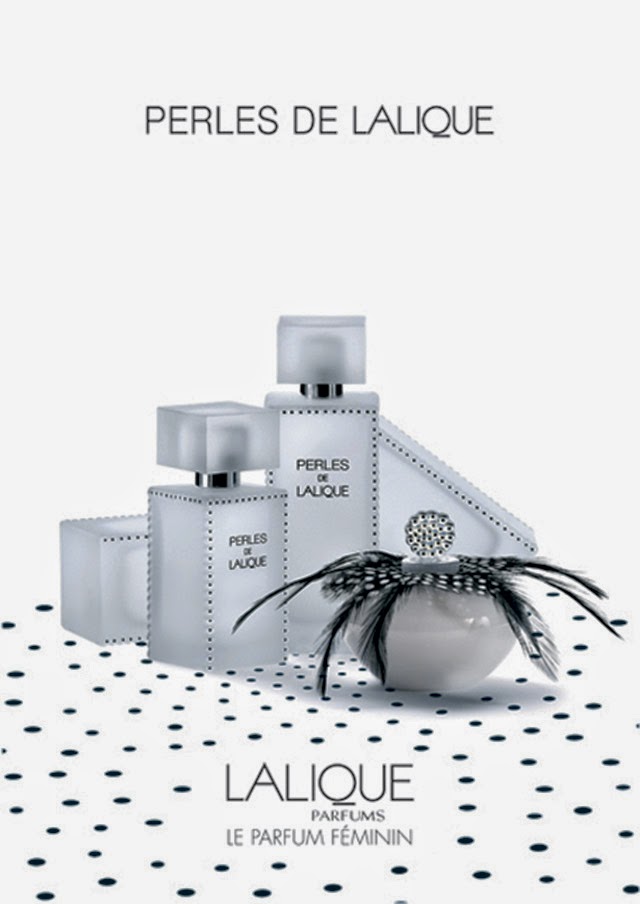 Lalique - Perles De Lalique.  Whilst patchouli usually contributes a warm, earthy and damply sweet quality to a perfume, in Perles De Lalique it’s rocketed skywards by shockingly huge dose of space-age wood replicant – ISO E Super. Add to this a rather piecing rose and you have something that is (on the negative side) migraine inducing and (more positively) a uniquely bright and fizzy experiment in NASA-esque perfumery. I own a bottle. I wear it now and again. I love it but it makes me feel shouty.

Tauer Perfumes – Noontide Petals. A rather ‘un-Tauery’ Tauer, Noontide Petals was inspired by the modernity of the 1920s and 30s, a time of air travel, fast cars and girls embracing the art of acting like boys. In perfume terms, this means aldehydes, those sparkling chemicals brimming with vivacity that brought an oddly chilly, metallic and genderless edge to the blousy compositions of an earlier era. If you haven’t smelt Chanel No 5 or Baghari for a while, sniff them out and ponder how strangely contemporary they feel. Noontide petals mixes Aldehydes with a whole caboodle of woody and floral notes but it still feels primarily aldehydic and as such makes me think of Clara Bow smoking a fag in manly pants whilst winking through a bit of untamed frizzy red fringe. In her time, as visually Bonkers as Regine or Cyndi.

As for Cyndi, a fruit bowl would match her kaleidoscopic style. Byredo's vegetal overdose 'Pulp' is a possible choice. It polarises opinion, a love or hate scent where fans cite it as the greatest indie adventure in fruit of all time and others state that it recalls 'bin juice', a literal pulping of rotting vegetation leaking from the bin bag. Whichever side you take, it's certainly vivid, shocking and eccentric - perfect for Cyndi. 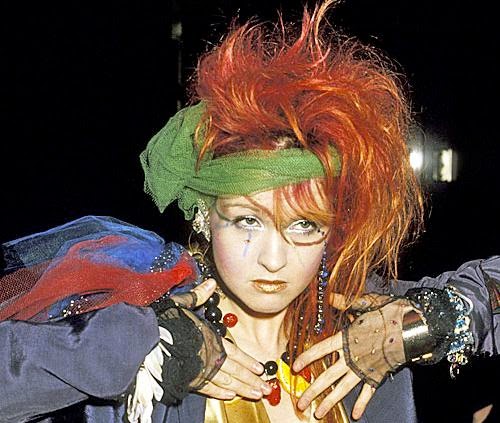 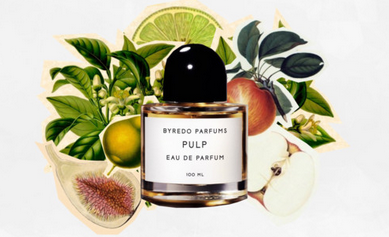 And lastly, little known Malcolm McLaren punk-pop invention - Bow Wow Wow. If you haven't heard it PLEASE watch 'Go Wild In The Country' on Youtube. Singer Anabella Lwin was just 14 when McLaren discovered her. She was immediately famous, if only for a brief time, shouting her angry lyrics over the tribal drum beats of the band in a combustive and rather glamourous wallop of noise. Fond of block coloured batwing jumpers, flappy bits of fabric worn in tribal headband style (another influence on Regine?) and bejeweled animal prints, Anabella is the ideal wearer of Kenzo's 'Jungle L' Elephant'. A curiously (or furiously) cumin fueled riot of mango rich spiced oriental decadence. 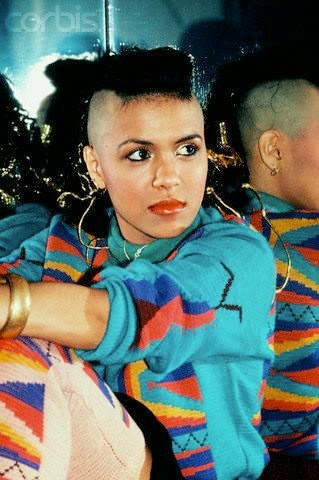 If you've enjoyed this post, you may wish to read some other music related perfume waffle by clicking here:

On Olfactive Studio - Chambre Noire and Adam and The Ants

On Jovoy -  Psychedelique and Nico and The Velvet Undergound

On Byredo - Flowerhead and The Gossip's Beth Ditto

And for those of you who didn't see it. Here is the beautiful Regine singing Sprawl II (squeakily) live at glastonbury. Enjoy.

In recent months I’ve been drenching myself in citrus scents, revelling in the joy that is a great big spritz over lethargic hot skin. In fact, the delight of the citrus cologne is one of my favourite aspects of summer, so much so that I will heave my enormous bottle of Guerlain’s Eau Imperiale around in my work bag all day, just for the simple pleasure of admiring the bee festooned vessel as I reach for my next immersion.

By evening however, I’m hankering after a richer scent, seeking out a heady and stinking white floral or a syrupy oriental to add a sense of occasion to the decadent atmosphere of summer in the city. You cannot retire drunkenly late to your bed on a Tuesday night wearing lemons, it’s just not rock n roll.

Nobile 1942’s smoky spiced wood – Infinito, is most definitely rock n roll. It’s the elder, sexier (and much more dangerous) brother of Acqua di Parma’s Cipresso di Toscana. Whilst AdP’s Cypress refreshes and revives with notes of aromatic woods and herbs so clean that the scent feels like a vitamin shot, Infinito presents a night time cypress, dancing in the woods with boozed up blood and a sense of hedonism.

My first thought upon discovering Infinito was that it smelt similar to a fine single malt whisky, perhaps an ‘eau de Jura’, so steeped in dense peat and smoke that it could be sold as the official scent of the Scottish tourism board. It contains vetiver, a lot of it, which often reads as smoky grass. Nobile 1942 are known for their use of predominantly natural materials, which is clearly evident in their offerings.  Lovers of Chanel’s Sycomore would be mightily excited by the authentically intense vetiver in Infinito.

It is also cloaked in a great swathe of greenery. With oakmoss, cypress and cedar, there is a distinct forest vibe to be imagined. Whereas this can be a (beautifully) chilly combination, in Infinito there is a great warmth alike a forest being warmed under the sun. Ginger provides this heat, with an almost sweet quality, most unusual in a vanilla free whiff. In the many paintings of Van Gogh that feature the cypress tree, we see this coniferous icon baking under a harsh Provence sun. It’s a wonderful visual representation of the smell of Infinito, especially due to the burnt ochre and deep emerald green palette that seams so harmonious to scent that surrounds me as I write. 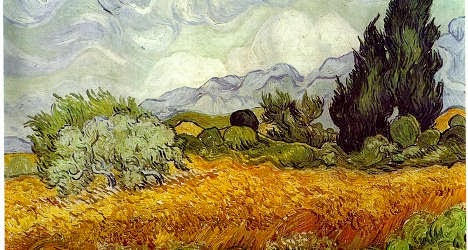 In the heart of the hills of North Yorkshire, a brilliantly debauched summer music festival takes place called Beatherder. Some years ago I danced here all night, weaving in and out of the trees in a haze of deep dark waves of bass heavy beats. Across the fields rode wisps of campfire carried on the breeze. Infinito reminds me of that forest, not just in the associated scent memory but also in it’s spirit. It’s grandly natural smell would merge beautifully with the genuine whiff of humans, never smelt more clearly than at a festival where showers and cleanliness are replaced by dancing, hedonism and a sense of tribal unity. Humans are no longer the sanitised polite folk of daily life here, we regress into beasts enthused by the emotion of a truly euphoric sound. I’m not suggesting that I’d like us to return to the stinking bodies of long ago, but if Infinito were layered over the natural secretions of the camping and dancing body, it would smell damn fine. 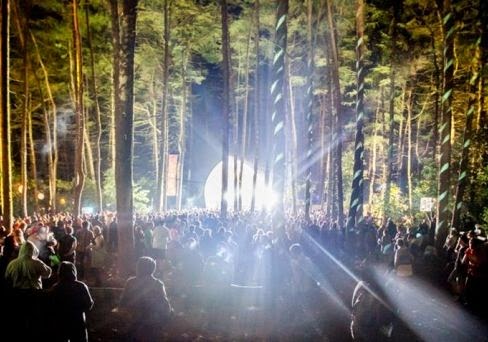 Dancing in the forest at Beatherder

If you enjoyed this article you might like to read about Nobile 1942’s citrus themed Vespri series by clicking here.
Forest lovers can take a peak at related posts about Serge Lutens - Fille En Aiguilles and The Vagabond Prince – Enchanted Forest by clicking here. Those who like their forests filled with witches can get spooked out with Ormonde Jayne – Ormonde Woman, here.

Apologies for the slightly tardy announcement of the winner of the Yves Rocher Yria and Voile D' Ambre samples.

Thank you to those who joined in the killer cheapy discussion by commenting here or over at www.facebook.com/odiferess. There were a couple of good tips that I shall hunt down.
Posted by Sarah Waite at 02:45 No comments: