Ineke - Evening Edged in Gold, a review and a memoir of London adventures

London is a bewitching place to live in your youth.

At the age of 22 I moved to the capital to seek thrills, pizzazz and otherworldliness. I took a sales job in a publishing company, developing a trade title for the casino industry. I travelled Europe drumming up new advertisers for the magazine. My clients were mostly wealthy businessmen who wore radiant citrus colognes of the European tradition. My job smelt good. 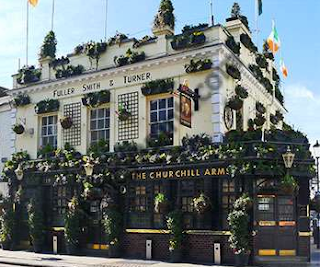 A treat for the bleary-eyed in Notting Hill

At weekend I would hang out with friends from Art College who had raced to London before me, we’d dance all night to drum and bass at The Blue Note and spend Sunday afternoon loafing bleary-eyed around the bohemian bars of Notting Hill. I lived in scummy house shares, saving on the rent to pay for a social life and the occasional treasure from Liberty’s beauty hall. My clothes were eccentric and glamourous, often lucky finds in charity shops and vintage markets. I dressed like Margot out of British Sitcom ‘The Good Life’ whenever possible. I remember a lone visit to The Tate Gallery on a hot summer’s day when I wore a shot satin orange 70s cocktail dress. I pulled - a gorgeous Frenchman with whom I spent several decadent days. There was opportunity - be it amourous, adventurous or simply otherness. 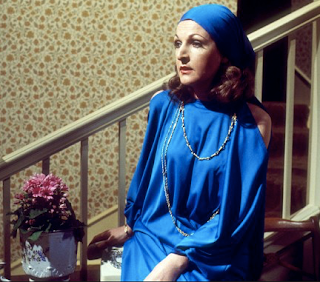 Otherness was a significant feature of London. It was here that I encountered the astonishing wealth of others for the first time. I used to catch a bus from my Soho office and travel home through West London to my rented room in Westbourne Park. It was on this extraordinary journey that I played at window peeping.

I recently got my nose around a bottle of Evening Edged In Gold by the Californian perfumery - Ineke. One sniff and I was transported back 22 years to my favourite bus route.

It began in the messy throng of Oxford Street, headed west to Marble Arch and then zig zagged it’s way through a maze of enchanting streets populated by some of the wealthiest people in the world. They lived in grand abodes, often white Georgian houses with elaborate plasterwork and ‘Mary Poppins’ doorways. By day the journey was a delight to observe but by night it became almost cinematic. 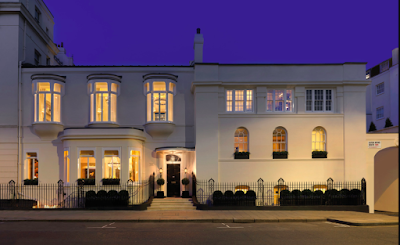 The golden light of a West London window

It was by night that the rich were revealed. Nobody rich had slatted blinds, they had grand velveteen old-school folds, fashionable modernist drapes in vintage Heals fabric or nothing. Whatever window dressing their interiors people had selected, they were often open.

As my bus crawled through the London traffic, I would watch their lives. Dinner would be eaten by gentile candlelight, no doubt by a luxurious Diptyque or Cire Trudon treasure. Furniture was achingly stylish and the space was clear. This was not the land of dumped domestic stuff littering their living. It was ‘The World of Interiors’ enacted by real people.

By far my favourite abodes were the embassies and consulates where grand gatherings took place. Here I spied on exotic groups of people, often from lands I’d never heard of before. Men were immaculately suited and their wives were decorated with cocktail splendour, dripping with jewels and vertiginous Louboutin heels. Champagne was quaffed from crystal flutes from which light sparkled. Their evenings were literally ‘edged in gold’. 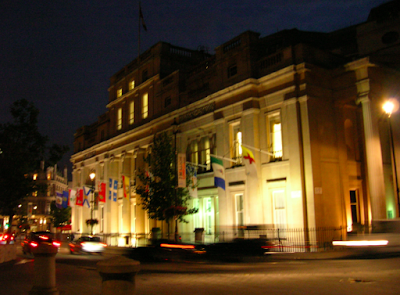 Ineke’s Evening Edged in Gold reeks of otherness. This spiced wonder is truly International, a treasured foreigner in my collection. Alike the beautiful people at the embassy parties, it speaks in a dialect that can’t be easily recognised. 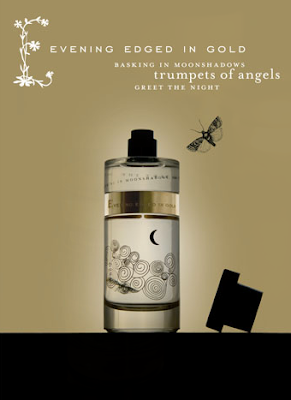 When the vivacious top notes have calmed, Evening Edged in Gold becomes increasingly complex. This overtly feminine opening develops woody tones and an earthy leather element that turns its sweetness into an edgier creation. Floral notes abound, Angel’s Trumpet (a relative of Datura with reported hallucinogenic properties) and Midnight Candy are the exotic species replicated within. A google search of Midnight Candy reveals it to be Night Blooming Phlox, an annual flower that I grew this year in my own garden. These tiny blooms open at night to emit a fizzing scent akin to floral sherbet. Perhaps they contribute to the effervescent nature of this creation. The florality feels tropical, island-like, edged in a golden sun. 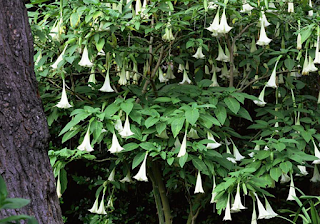 I have smelt the combination of fruit, spice and leather so many times, although undeniably beautiful, it can often be a little flat and one dimensional (Feminite du Bois or Aziyade being typical examples). In Evening Edged in Gold, Ineke Ruhland has created a sparkling version of the theme, that develops and delights throughout its wear.

If this fragrance were a guest at the party, she’d be exotically beautiful and speak with a mellifluous voice. Her fluid clothes would shimmer, cling to just the right spot and depict a deep sensuality. There would no doubt be a lingering body guard keeping a watchful eye over her jewels, and perhaps the curious lady gazing in from the bus.