Guest Writing - A Fragrant Fairy Tale, The Power of Perfume by Viv Lowery

This week, fiction writer and poet - Viv Lowery, brings us a fragrant fairy tale. A treat to read to our future perfumistas in bed tonight... 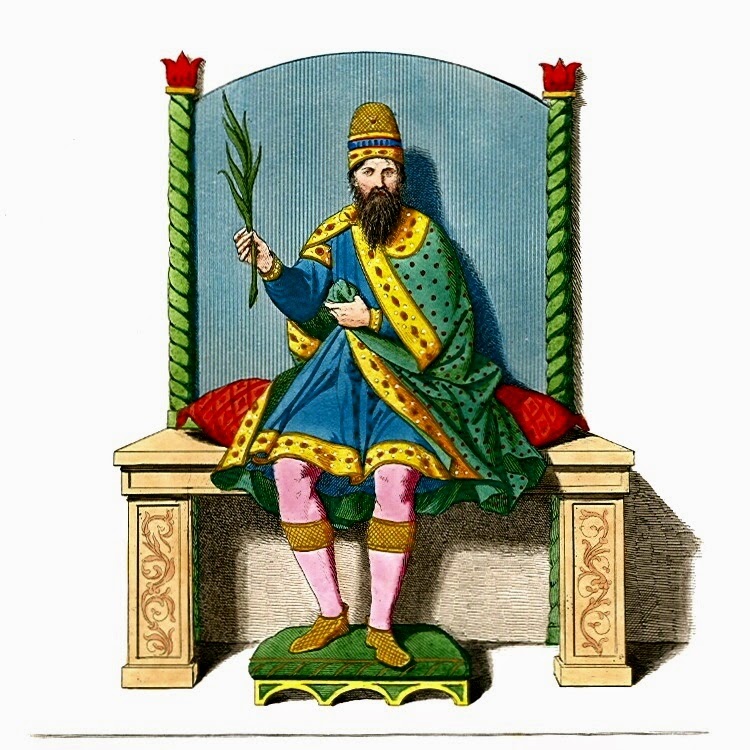 THE POWER OF PERFUME

There was once a  king who ruled over a very unusual kingdom called Perfumia whose subjects had developed, over the years, a remarkable sense of smell.  They were acutely aware of the power of different fragrances.  Every family had their own small perfumery and knowledge of essences and herbs passed down through the generations.  Each one prided themselves on their superior knowledge and skills in this all important area.

The king being wise encouraged and shared their passion and, to this end, held a huge competition every year to find the best perfume produced in the nation.  Not only was the winner rewarded with the recognition of their supremacy in this most important sphere but they were also appointed as the King’s personal perfumier for the following year, a position conferring great status and power.

In the months leading up to the competition a veil of secrecy descended over Perfumeria, every family working hard to perfect their blend of ingredients without alerting their competitors.  Herbs were gathered in the dark of night and family members were sent far and wide to search for new and powerful scents.  It was not unknown for the weaker or lazier families to steal ideas or even essences from their more skilful neighbours and guards were set throughout the night to ensure this didn’t happen.

As competition day approached activity reached fever pitch, each family determined to win and prove themselves the best in the land.  The king himself judged and, thus, the perfumiers made a close study of his preferences in past years and any experiences he may have had which might influence his choice.  For example, if he had visited nearby lands where exotic spices were used they may be tempted to channel their perfume in that direction.  If he had spent time on the coast they might devise a scent incorporating these smells.

The king loved his wife dearly and this year they had become the proud parents of a baby girl they had named Fragrancia.  She was a beautiful and happy child who brought them a great deal of joy. The king was looking forward to taking her to the competition for the first time so that everyone could admire her and on the morning of the event he had her dressed in her finest clothes.

The first perfumier approached and presented his family’s fragrance for consideration.  The king smiled politely, savoured the fragrance and made note for marking later.  So the competition continued throughout the day with perfume after perfume being considered.  The king showed no preference throughout the proceedings.  He may have had his favourites but wanted the result to be a complete surprise.

Towards the end of the day an unusual competitor entered the fray, one who had not taken part before.  The king was very surprised to recognise the son of one of his wife’s handmaidens.  He couldn’t remember the woman’s name or her function within his household but he had seen the lad around the palace helping out. The young boy approached the king shyly and offered up his contribution. ‘Hello young man, this must be the first time you have entered the competition.  The boy nodded without speaking, waiting for the king to try the fragrance.  The king looked puzzled.  The boy was very young and, since he lived in the palace with his mother would have no access to the knowledge, experience or skills required to produce a successful perfume.  There were established families who contested the prize every year but the boy belonged to none of them.  The king carefully opened the glass stopper of the primitive container and gingerly sniffed its contents.  After a second he took a further sniff then another.  A smile began to spread across his face and he positively beamed.

The crowd watching this amazing spectacle gasped in surprise.  This had never happened before. No reaction had ever been shown by the king during the competition.  It was unheard of and the perfumiers watching were not amused. They had expected this upstart’s perfume to be dismissed as inferior rather than so obviously enjoyed by the king.  They were even more annoyed when the king held up his hand and announced ‘The competition is over.  This is the winner, holding the boy’s vial up high.  I have never in my life smelled such a wonderful fragrance!!’  The perfumiers were horrified but he was the king so they could do no more than march out of the palace in disgust at this insult.

After the dust had settled several of the most experienced among them set out to discover more about the king’s new choice and the nature of the winning fragrance.  What they found out startled them at first but then filled them with admiration for the young boy and his inventiveness.  His mother was nursemaid to the young princess and had gathered over the year essence of sweet baby smells that her son had combined into the winning entry.  If the king wished to be reminded of his precious child when he was away from the palace and was  greatly missing his family, he had only to open the stopper on that bottle to be reminded once more of his precious child and smile again.
Viv Lowery 2015

Viv is a member of the Bare Writers collective, who have recently published an eclectic anthology of poetry and literary fiction named High Tide. You can preview and purchase High Tide on Amazon by following the link below.