It’s uncommon for me employ the term ‘the best’. ‘The best’ is a grand declaration that allots influence and superiority to it’s recipient. However, when Jovoy’s Psychédélique found me, I found the best ‘true’ patchouli. So enchanted am I, that I will be creating a new page for Odiferess called The Best. On this page (which I’ll post this week on the page bar) you’ll find what I believe to be the greatest scents of their genre. They’ll appear rarely, as the Eureka moment occurs very infrequently. Here’s the Inception: 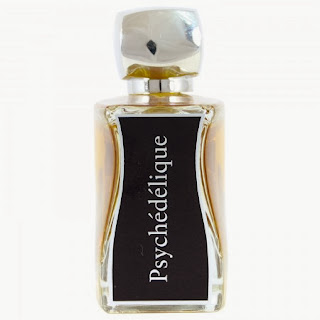 The aroma of patchouli suggests all of the following; 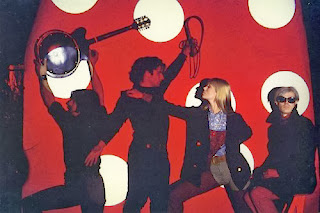 This demure little plant crops up everywhere in perfumery. In recent years it replaced Oakmoss as an IFRA friendly ingredient for chypres prompting the rise of best selling ‘fruitchoulis’ and frequently providing the ‘noir’ in the noirs. The big cosmetics and designer houses have of course used it for years, Aromatics Elixir, Dioressence, Givenchy Gentlemen and Cabochard to name a few of the classics that reek of the earthy and heady qualities of this spirit in a bottle. Many of the niche perfumeries have a patchouli in their range, the dry and bitter Patchouli Patch by L’ Artisan Parfumeur and the leathery Patchouli 24 by Le Labo are good examples of edgy interpretations.

What rarely occurs is the use of patchouli simply as patchouli. There’s not a lot of difference between a bottle of Jovoy’s Psychédélique and a bottle of pure patchouli essential oil. So why bother spending the extra £80 or so? It’s worth it for the journey. Psychédélique is a transformative perfume that develops and morphs within it’s wear, providing a fragrant ride through distinct states. For this reason, it’s impossible to grow bored of an over familiar note.

My mum, ardent patchouli lover, upon sampling Psychédélique exclaimed “cow muck”! That’s the second time cow muck has been spluttered to me on a sampling session, the first was in relation to a sample of castoreum fragrance oil. I don’t quite get cow muck from this fragrance but I do get my mum’s point. It’s feral ad a little bit filthy. The opening shares the same barnyard quality that a potent Shiraz wine emits i.e. a beautiful but slightly beastly whiff. One of it’s prominent notes is labdanum, often a component of what perfumers pair with vanilla to become an ‘amber’. As the vanilla doesn’t play much of a role in the opening, the labdanum appears as a leathery nuance, could this be the cow hide that connotes the feral whiff?

The slightly dirty opening soon calms into the heart of the scent, where we feel the truly spiritual side of patchouli. There’s a good reason why it’s used in aromatherapy, rituals and incense - it’s deeply relaxing and sensual. It’s also a little trippy, I’m once again drawn back to Nico and her melancholically ethereal Germanic drawl through the lyrics of All Tomorrow’s Parties. Alike Nico’s voice there is a baritone depth and darkness to Psychédélique that makes you want to recline in a state of semi conscious reverie, probably wearing something from Biba.

As we reach the dry down stage (or perhaps in the spirit of Nico, the ‘come down’ stage), the sweetness kicks in. Although still abundantly psychedelic, an opulent vanilla takes over and tames the trip of this narcotic journey. In contrast to the roaring opening, it exits our skin with tenderness.

Upon my first wear of this extraordinary scent, I was instantly convinced that it was ‘the best’ patchouli I’ve ever smelt. However, if confirmation were needed, this happened;

At my day job (in an inner city comprehensive), smells abound and they are rarely good ones. Perfume has to be really quite a phenomenon to get noticed amongst the smell of teenage feet, hormones and stagnant air breathed by too many hundreds of people. As I walked towards the staffroom to drink my breakfast coffee, a colleague emerged from the lift and stopped still, wearing a look of bewilderment.

“What’s are you wearing? It’s incredible?”

This wouldn’t be such a strange occurrence had said colleague been the sensitive literary type that is the English Assistant or any of the Art or Music Teachers, just hippie enough to appreciate a good patchouli. But it wasn’t. It was an overtly laddish IT Teacher who openly admits that his primary passions are football, fast food and computer games, upon whom I’ve never detected a perfume. As far as I’m aware he doesn’t even particularly like me.
So surprised was I that I don’t think I actually managed to tell him what it was, I think I just uttered something along the lines of “Erm.. thanks, it’s a patchouli”.

If you’re a patchouli fan, you might like to peruse my review of a very different one, M/Mink by Byredo. Though you’ve been warned, it’s a challenging scent! Click here to read it.