I would like to wish my readers a wonderful Christmas and a very happy and fortune filled New Year! Thank you for your support over the year, which is crucial to keep up my enthusiasm. It is most appreciated.

I shall return in the New Year with a report on what fragrances made my nose quiver with joy throughout 2014. Until then, take a peak at these beautiful 1950s festive Lanvin adverts. 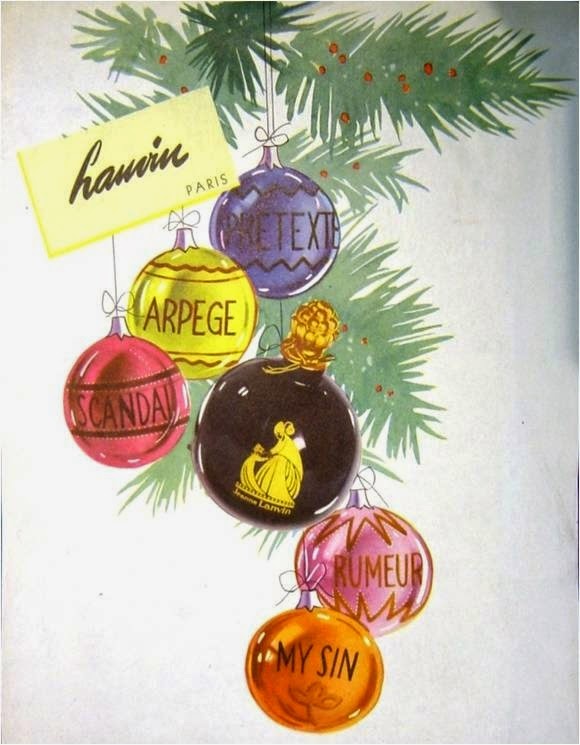 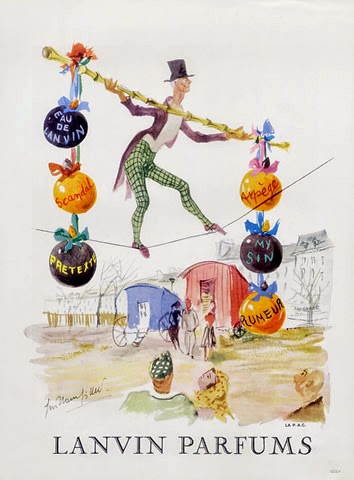 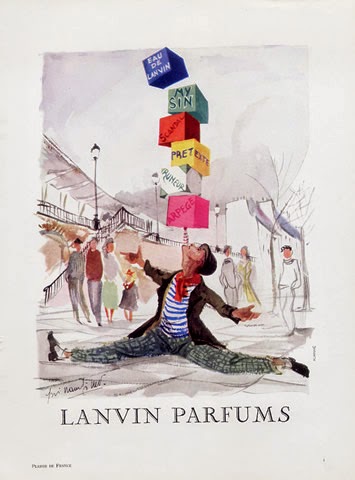 Email ThisBlogThis!Share to TwitterShare to FacebookShare to Pinterest
Labels: Lanvin

You have won a decant of the Eggnog fragrance. Please send me your address for the package and it will be on it's way to you soon.

Review: Eggnog - The Library of Fragrance (Demeter), a festive gourmand. Plus a giveaway!

Last Christmas I wrote a post about two fragrances that bewitched me with the scent of Christmas trees, a natural and outdoorsy tribute to the festive season. This year I’ve hit upon the opposite – a cosy pleasure to be consumed indoors.

Those of you who know my tastes will be aware that gourmands have not made a frequent appearance at Odiferess. Although they are adored by many I personally prefer to devour sweet food within my mouth rather than daub it onto my skin. My slightly wobbly belly confirms this. Christmas however is a time of excessive gastronomy, so with that in mind I bring you the boozy vanilla confection that is The Library of Fragrance (Demeter in the USA)– Eggnog.

Despite being an occasional boozehound, I’ve never drunk an eggnog. Does it actually have eggs in it? I’ll leave that to those earnest gym types that swill a raw one down for its muscle building properties. It does appear to contain more delicious ingredients though and they smell superbly festive in this creation.

Eggnog is primarily a cinnamon scent with a great wodge of boozy rum and sweet (and slightly burnt) vanilla underpinning it. The cinnamon serves to lift the composition and create a spicy top note that stops it from being too cloying. It’s really rather clever. As I write I am wearing Ambre de Merveilles by Hermes on one arm and Eggnog on the other. The instant swoop to gloopy base notes that has always rendered ‘Ambre’ my least favourite of the Merveilles trilogy, makes for an interesting comparison. A little of Eggnog’s spiciness would be a welcome hit of perkiness here.

The main reason that I want to draw your attention to Eggnog is that it makes a £9.99 alternative to a significantly more expensive scent. Lovers of L’ Artisan Parfumeur’s Vanille Absolument will discover distinct similarities in this creation. Whilst Vanille Absolument lacks cinnamon, it does have a powerful clove note that provides a similarly peppery spiced opening. The booze and vanilla combination is almost identical, arousing sensations of times past and the great voyages of the spice routes. The ghosts of many a pissed pirate sozzle amongst Eggnog’s replicant rum cask. 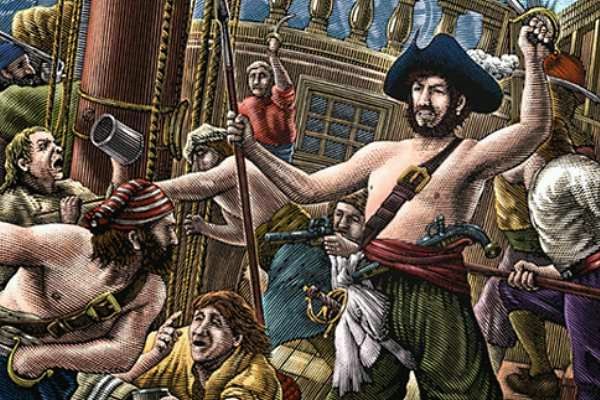 You can find Eggnog in the UK at larger Boots stores and on the Boots website. If you want to chance your luck at a freebie, I am giving away a 10 ml decant from my bottle for one reader. To enter, leave a comment below or on the Facebook page and answer my question: Why do you think gourmand fragrances are so popular amongst the fragrance community? If you can’t be bothered just say hello and I’ll enter you anyway! Entry is open until midnight Sunday 21st December UK time, winner will be announced shortly after.

I’m sorry that the draw is only open to UK readers due to our daft postal laws. I apologise on behalf on my country.

If you’ve enjoyed reading this post, why not subscribe by email? You can do this by using the box on the right hand side and Feedburner will send you a confirmation request. Alternatively, hit like at:
https://www.facebook.com/odiferess

Email ThisBlogThis!Share to TwitterShare to FacebookShare to Pinterest
Labels: Christmas, Demeter, Gourmand, The Library of Fragrance 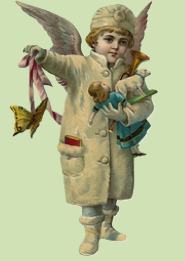 I’ve been waiting for a ‘context’ to strike me in order to write about one of my favourite ‘new -old’ perfume houses, Oriza L. Legrand. Alike Grossmith, OL.L are a grand historic firm brought recently back from the dead, with it’s origins hailing back to 1720 when a former incarnation of the business was an official perfumer to King Louis XV of France and the original gang of perfume junkies – his scent drenched Queen and court. 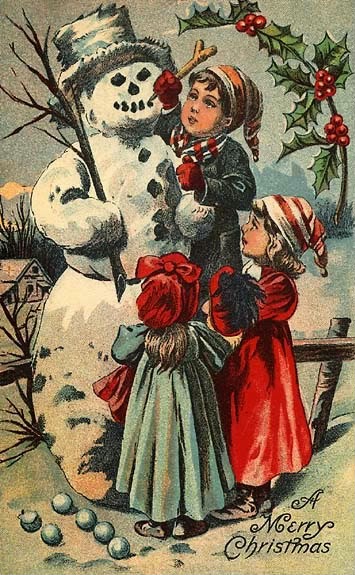 Yo ho ho and a fearsome man of snow...

My favourite Christmas cards have always been distinctly old fashioned. The rosy cheeked Victorian kid playing in the snow, a slightly creepy santa capable of awakening the sort of fear that kept you out of the lounge in your early years, joyful flirtatious skaters bedecked in woollen finery, puppy/kitten (delete according to preference) adorned in a red ribbon snoozing by the fireside, and the ultimate depiction of Christmas – ‘amber-glow windowed posh house viewed from an inky skied exterior’. 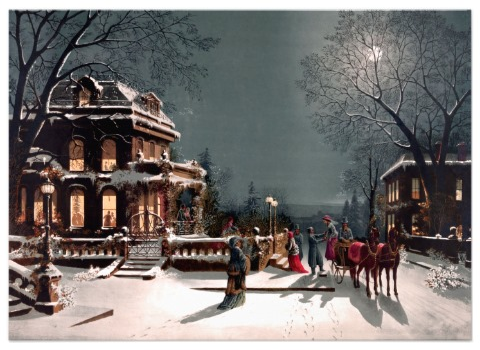 Can you smell the woodsmoke in the night sky?

Such whimsical illustrations have been echoed in OL.L’s atmospherically festive packaging. Whilst not remotely connected to Christmas, their antiquated typography and bygone images are ideally suited to this time of year. A fact clearly utilised by their web designers, who have amped up the festive with this current landing page, screen grabbed for your pleasure. I truly hope this provides at least one reader with their first ‘christmassy’ of the season: 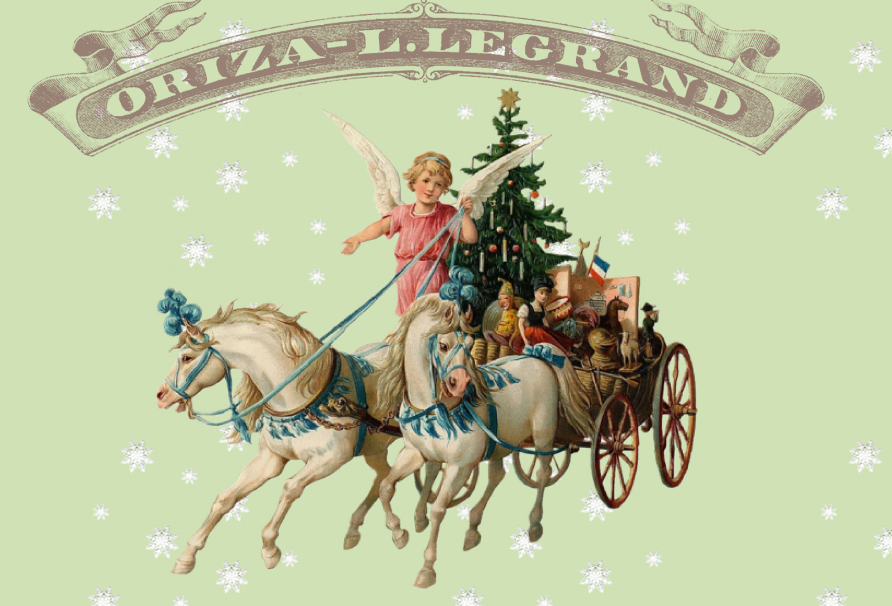 A festive landing page
I’ve given up using bars of soap, favouring the modern convenience of liquid dispensers that help you avoid the layer of sink gunk associated with the slimy underside of bars. However, were I gifted with one of OL.L’s beautiful soaps under the tree this year, I would unwrap it with tender care and preserve the paper in an opulent gilt frame. 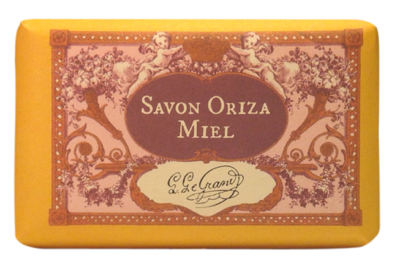 The arrival of the OL.L sample pack provoked many days of playful spraying. There are no ‘blah’ scents in here. Each has a distinct personality that you will find to be splendid or rancid. Fans of herbs, earth and greenery will be thrilled by many of them. For me, the most splendid creations were Oeillet Louis XV and Relique D’ Amour (a pleasingly spooky lily). Of Oeillet Louis XV, the online boutique says:

“White carnation is at the heart of this fragrance and is the source of its dichotomy. Symbol of true love under the monarchy, the flower embodied the fire of French Revolution. As a scent, white carnation is as intoxicating as the most subtle poison; a delicate blend of mandarin, monarchical iris and light wood chords, which cannot resist the violence of pepper and spicy clove.” 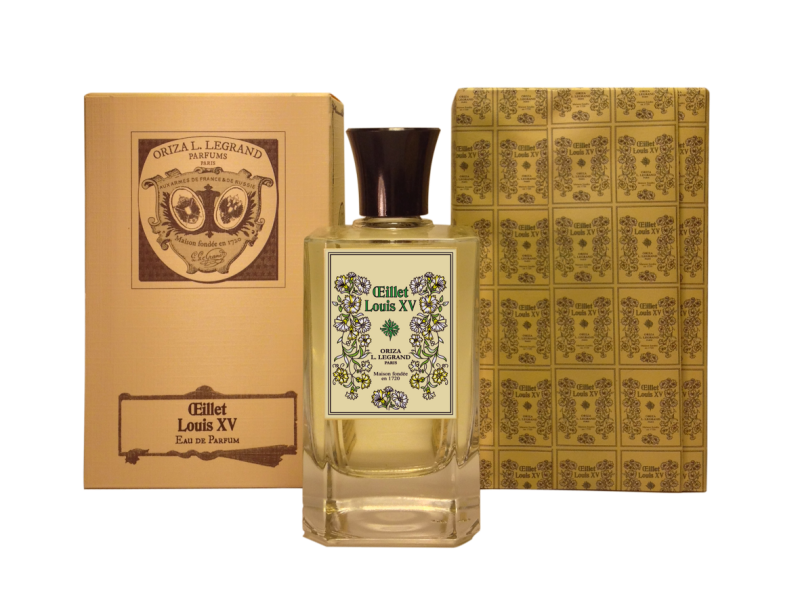 And spicy it is. The carnation note (usually a chemical called Eugenol), emits a powerful whiff reminiscent of bay leaves and cloves, yet with a florality common to the rose or geranium. It is often used to create a superbly robust floral element in masculine and feminine orientals. If you’ve ever had the joy of sniffing a scented carnation (not the pallid whiffless ‘fillers’ in your florist’s bunch), you’ll be overcome by it’s fiery eroticism.

Perhaps the most famous carnation dominant perfume is Caron’s Bellodgia. Despite being a dedicated Caron fan, Bellodgia’s carnations thrive amongst a rather plasticky ‘dolls head’ base that renders it very odd to me. I could not wear it with any real joy.

Oeillet Louis XV’s carnation by comparison seems somehow ‘cleaner’ and more reviving, providing a (much more subtle) minted clarity that I have only smelt before in Dominique Ropion’s creation for Frederic Malle – Geranium Pour Monsieur. There isn’t much note transformation as you wear Oeillet Louis XV, as it remains fairly true to the initial spritz throughout it’s wear. Although it does sweeten a little towards the end where at this point I can smell one of my favourite childhood sweets – Cherry Lips, which didn’t smell or taste remotely like cherries. Alike Floral Gums, they just tasted ‘a bit perfumey’!

With it’s spiced peppery finery, this fragrance is an ideal choice for the upcoming nights where you don your most festive evening finery and lurk around being glamourous and a bit glittery. Hopefully someone will associate your perfume with the clove spiked orange pomanders that we poke about with at Christmas and you will in turn make them feel truly ‘christmassy’.

Oriza L. Legrand's sample packs are bargainously priced and are filled right to the top. I would highly recommend buying one of these to help you choose your full bottle, as for me the ones I expected to adore were not my favourites when I tested them.

If you've enjoyed reading this article, do subscribe by email by entering your email in the box on the right hand side. Feedburner will send you an email asking you to confirm. That way, you'll never miss a post of fragrant waffle. 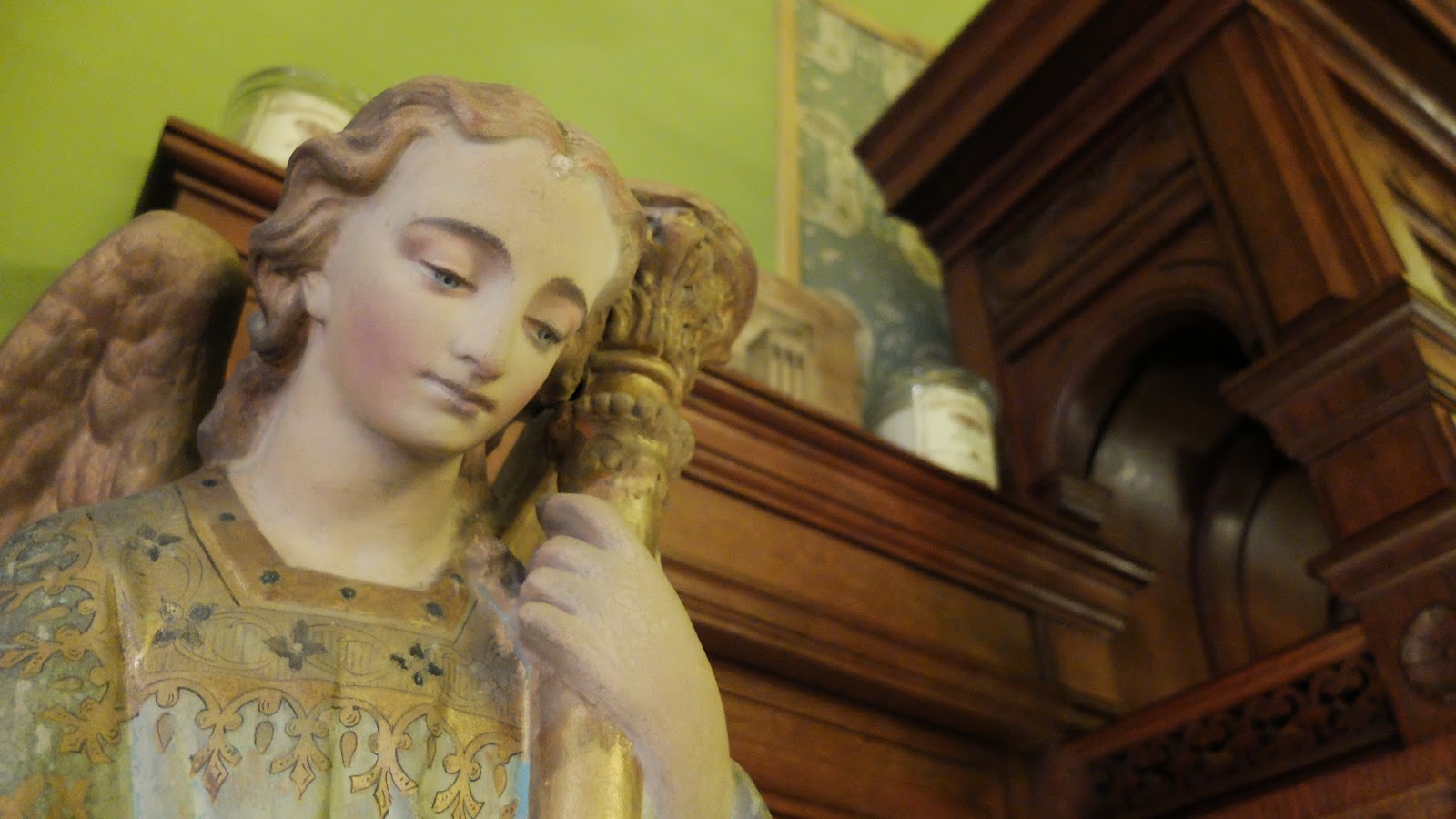 The angel awaits you in the Oriza L. Legrand boutique