The bitter earthy delights of the chypre, the most prized vessel of pleasure for many fragrance lovers, is changing beyond recognition. This isn’t going to be a moan about IFRA and it’s legislation on our beloved oakmoss, instead I’ve chosen to describe a perfume that has probably evolved as a result of the restrictions. It is Chanel’s magnificent 31 Rue Cambon. 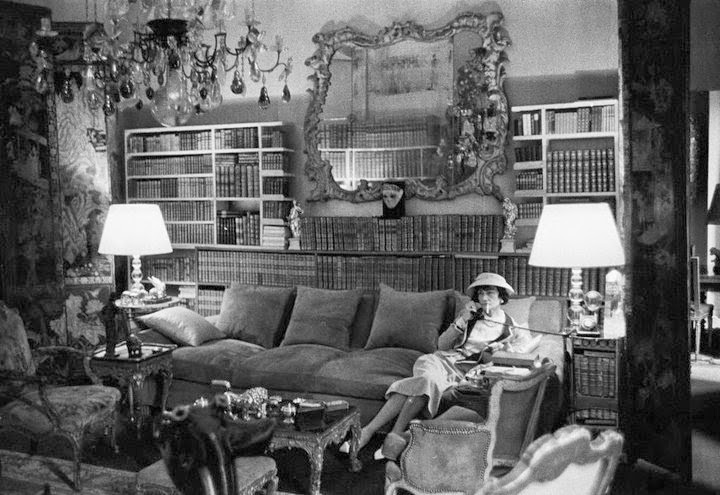 Coco, at leisure with a fag on, at 31 Rue Cambon

A few weeks ago, I visited the Les Exclusifs de Chanel counter in Manchester’s Selfridges. It’s tricky to quietly browse amongst the bizarre scented ‘nose funnels’ in which we take our whiffs of these famed fragrances without attracting attention. In this instance, a sales assistant helped me to further my cravings by spraying a little Bois Des Isles on a card and wrapping it up in tissue for me to sniff later (my skin was of course completely saturated with a myriad of fumes having previously ‘done’ House of Fraser). For days I repeatedly lifted the precious card out if it’s paper shroud and made audible pleasure noises as I breathed in it’s sandalwood creamy goodness.

And so began my obsession with Bois Des Isles.

Last weekend I returned to the counter with clean, scent free arms. My aim was to skin test and gauge the difference between the EDT and the recent addition to the range, the parfum. On this occasion I was treated to an application of the body cream that acts as the ‘underwear’ to the scented gowns, followed by a spritz of the EDT and a single drop of the parfum (which emerged from surely one of the most covetable bottles in the land of ‘brilliant teeny things’). Initially I was astounded by the beauty of Bois Des Isles. It reminded me both of the smooth woody drydown of No. 5 and the breezy aldehyde opening, but it was less floral, tonally much more cello-like and significantly more sensual. Although this is purely a bit of Odiferess imagination, it transported to me to what No. 5 might have smelt like in it’s youth, prior to the many reforms and tinkering.  But then, as I chatted to the SA, it disappeared, literally, poof! I sniffed and sniffed but it was fading at great speed. My encounter with the fragrance lasted all of ten minutes in concentration and a further hour in a kind of spectral whisper of itself.

The parfum offered a little further longevity but not with the gusto that I desired. Luckily (or unfortunately for my self-imposed weak willed no buy period) the SA gave me a parting gift of a sample of 31 Rue Cambon which I stuffed in my bag in the imperative manner of someone who has just scored some crack. On my walk home, I stopped for another of my guilty pleasures, a frappuccino (filthy sweet coffee Slush Puppie) at a favourite café. I took a seat outside and rooted for the sample which I sprayed liberally on the now bereft of Bois arm.

Minutes passed by with my beloved slush sitting in a non-consumption stupor as I inhaled with all the strength my nose could muster. Upon opening my eyes and pausing to draw unscented breath I saw I was under the gaze of a curious man sat in the window. He quickly dropped his eyes as if he were trying to avoid contact with ‘the nutter in the bus station’.
So what had enamoured me so deftly? 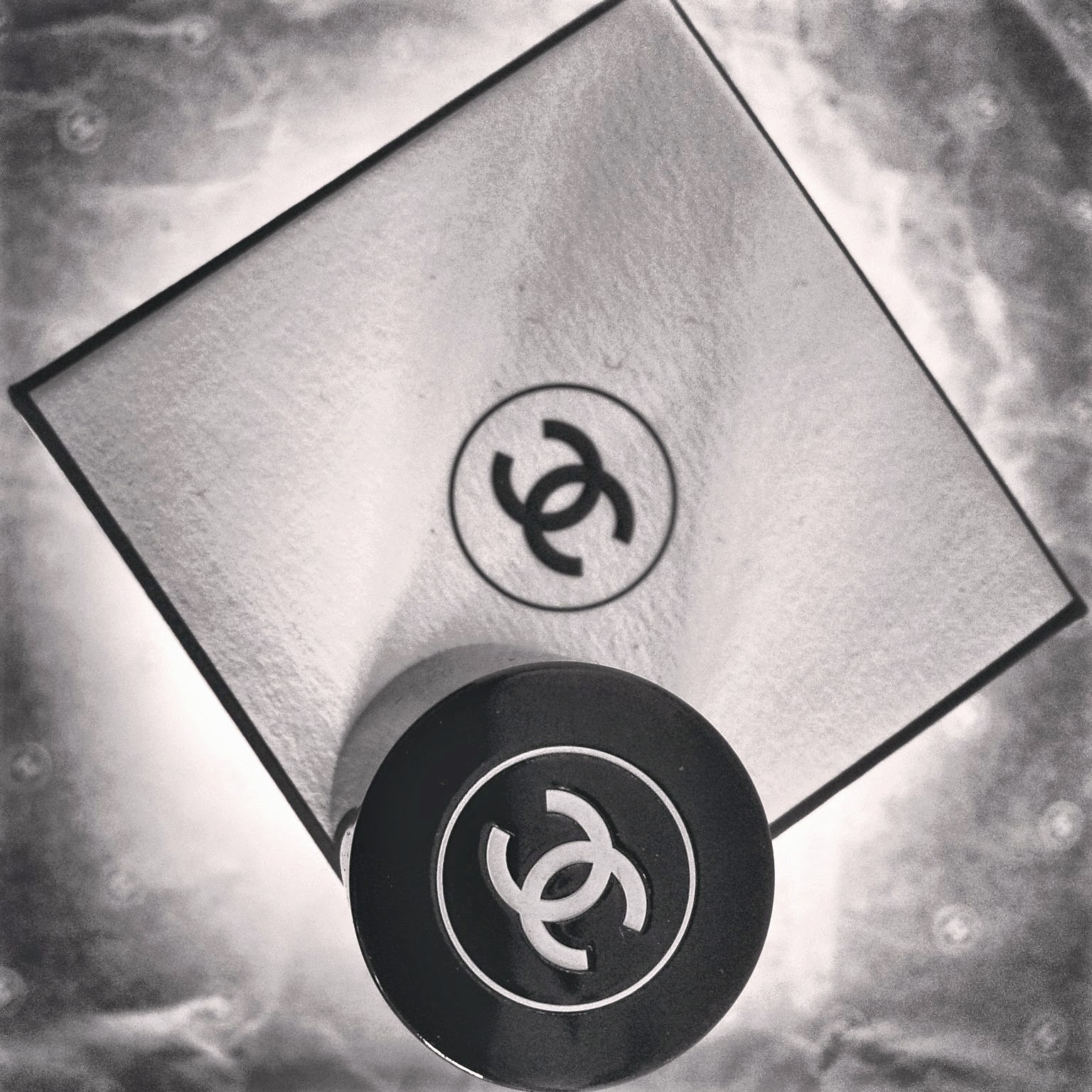 My own photos - for once, not robbed from Google

It was the iris. 31 Rue Cambon opens with a great gust of the most extraordinary bergamot and iris collaboration. It’s shockingly beautiful. Whilst iris can be a little dusty and powdery (and thus smelt with a sensation of it’s afterlife), Chanel’s Iris is moist, terrestrial and truly alive. The bergamot is clear, vibrant and elating and melds with the iris to form a soprano voice. It smells high. 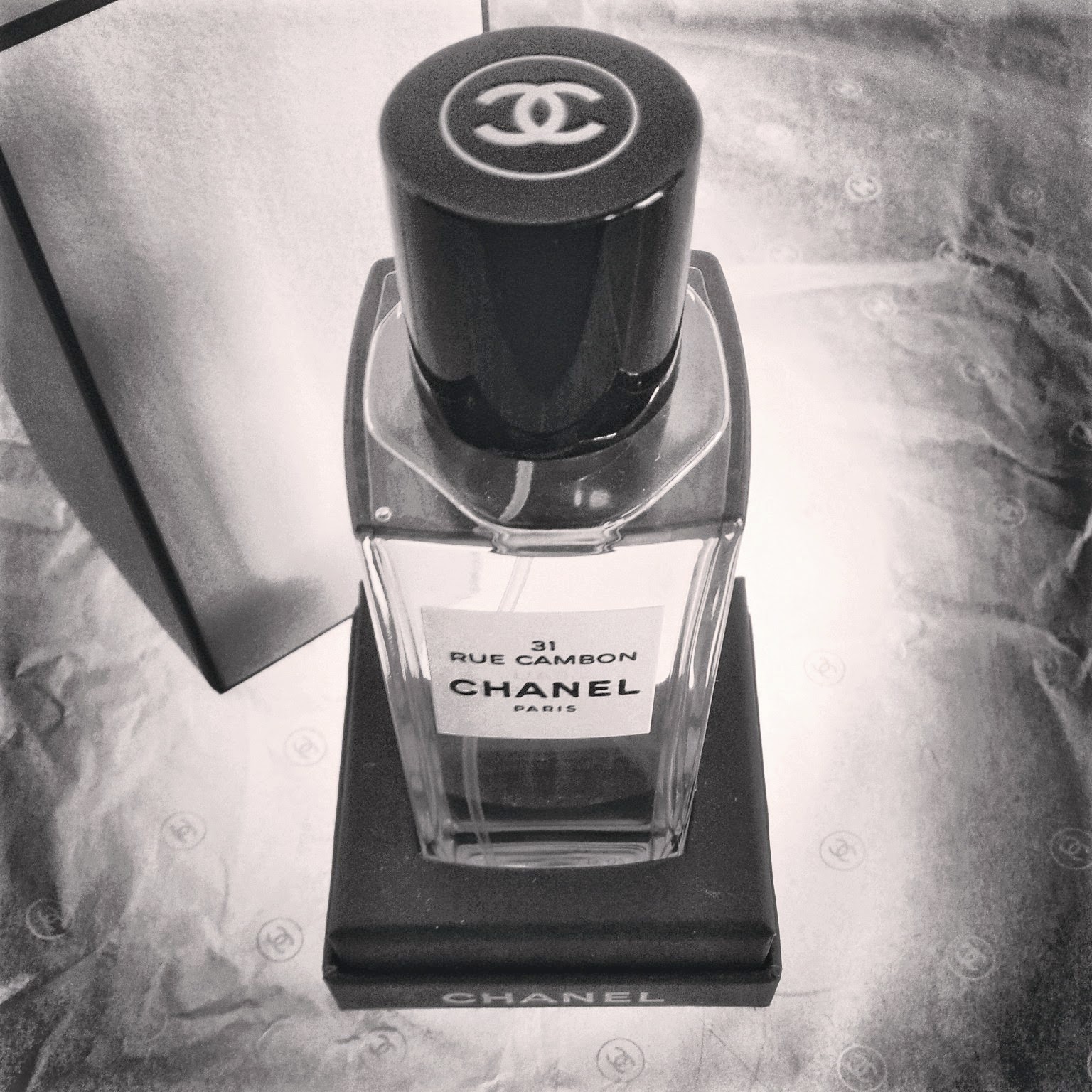 And then soon after, it doesn’t. This stuff transforms itself at great speed. If you love a distinct perfume pyramid, 31 Rue Cambon will feel like the equivalent of a fragrance rollercoaster.
By the time I got home it had changed into smooth cream. When perfume lovers speak of ‘creamy scents’ they often refer to an ice cream gourmand quality, lactonic (milky) notes or even the lush milky depth that comes with an authentic sandalwood. In the case of 31 Rue Cambon, the luminosity of the bergamot fades and is replaced by an hour or two of softly spoken iris milkshake, sucked up through a faintly leathery labdanum straw. 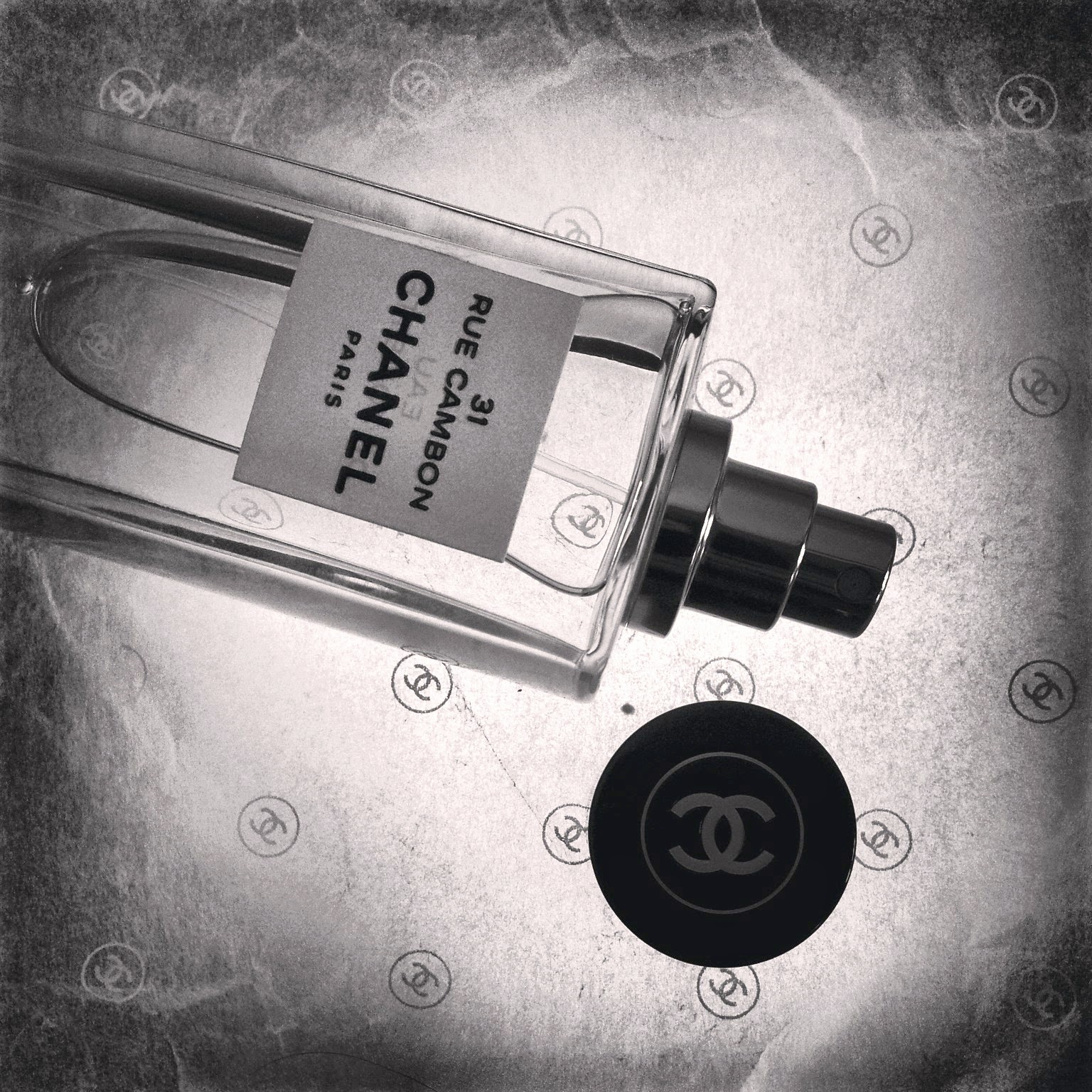 In it’s final hour it grows increasingly sweeter as a whisper soft  ‘chewy’ patchouli enters the scent. A Fragrantica member used the term ‘chewy’ some time ago, I think it describes the patchouli in both this scent and in Robert Piguet’s Calypso with superb accuracy. As one of those odd synesthethic terms it’s impossible to describe exactly why it’s chewy. It simply is. 31 Rue Cambon’s patchouli is notably gentler than the bombastic patchouli of Coromandel. In fact, it’s a slightly apologetic end to an extraordinary fragrant ride.

Needless to say, by 11 am the next morning I hurried into town to claim the last of the ‘gift with purchase’ and get my eager hands on my first ever bottle of this Chanel Exclusif wonder. Now, four days after my urgent purchase, I still take it out of it’s elegant box and sigh as I fondle the monolithic bottle in my hands. This is love.

But it is a chypre?

I don’t think so. The modern trend of replacing oakmoss with patchouli creates a fragrance that has lost it’s grace without the bitter inky earthen ending that we find in archetypal perfumes such as Mitsouko and Diorella - which is basically why we love them so much. 31 Rue Cambon has pulled off the chypre vibe magnificently in the opening due to the best use of bergamot that I have ever smelt. However, the ‘big softy’ ending fails if we want it to fit entirely within the genre. The art of loving 31 Rue Cambon is to forget that it’s supposed to be a chypre and love it for what it is, my favourite iris yet, and probably always.

For further reading on my shopping adventures, you may enjoy this post about a trip to Selfridges to sample the Dior Privee line.