As bonfire night approaches my thoughts turn to the smells of Autumn. A peculiar season full of contrasts, autumn provides both a little romance (in the joy of rooting out your warmest woolly jumper or sipping a good malt whiskey by a pub fireside) and a sense of foreboding (as the green leaves turn to mudded sludge in the gutters and the trees transform into skeletal bare branched ghosts).

It’s no wonder that at this harsh and wind strewn time of year perfume lovers seek ‘cosy’ scents. The perfume houses, aware of this opportunity, market scents with a seasonal theme, for instance cashmere crops up in the title of scents by Donna Karan and Parfumerie Generale, providing a woolly jumper association to seduce us with the suggestion of comfort. As temperatures drop, we turn to notes that imply warmth such as vanilla and spices, redolent of the mulled wine of Christmas markets or a smoky birch tar to conjure up a real log fire.

The smell of bonfire night is superbly recreated in Union Fragrance’s ‘Celtic Fire’. Here’s the PR:

“Celts, bonfires, cold salty sea breeze, these are the strangely associated top notes of this fiercely tribal fragrance, combined with more familiar aromas of British hearth and home: log fires, leather, tea and toast!
To be sure ‘Celtic Fire’ contains some unusual and rather controversial ingredients. Tribal Bog Myrtle, known for firing the Vikings into battle, Peat Tincture, and Marmite™ (Britain’s iconic classic still produced to this day in Burton-on-Trent, Staffordshire), combine to produce this startlingly original fragrance.”

The predominant note of Celtic Fire is most definitely fire smoke (birch tar). This tricky note appears in a number of perfumes; CB I Hate Perfume’s ‘Burning Leaves’ reeks of sooty chimneys/burning garden detritus and offers not a lot else to accompany it. Chanel’s ‘Sycomore’ is another ‘get your laundry off the line quick before your neighbour’s bonfire taints it’ kind of whiff. Though there is much to be said about the gorgeous symphony of Sycomore’s lush woody notes. 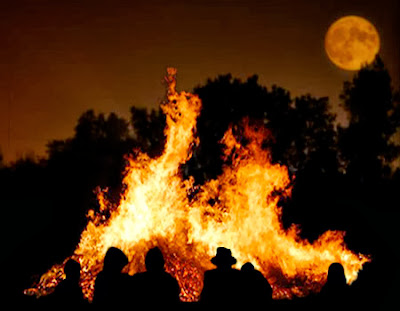 Bonfires smell brilliant. That is, as long as you’re not wearing one. What Union fragrance cleverly managed to do is select a quirky bunch of additional notes to quell the ‘recently on fire’ nuance that drifts around you. They are only just discernible in the opening but evolve beautifully further into it's wear as the birch tar recedes a little. Although sandalwood is not listed, there is a definite soft woodiness that I associate with this beloved note. Thankfully it doesn’t smell of tea, toast and marmite, but it does project a ‘warm butter’ sensation that feels cosy. It reminds me of a bitterer version of the Serge Lutens creation – Jeux De Peau, which is celebrated for it’s spiced patisserie notes. Marmite is surely a curious ingredient. Perhaps that is what Union refer to with the implication of ‘salty sea breeze’, for Marmite is indeed a salty little beast.

Perhaps the greatest thing about Celtic Fire is that it smells of two of my favourite olfactory sensations; single malt whisky and damp earthy woods. As I sat yesterday in Manchester’s finest chilly weather pub - The Briton’s Protection, I sipped at a peaty Laphroaig whisky and smiled at the thought of the Celtic Fire. Those clever folk at Union Fragrance have bottled my winter romance. 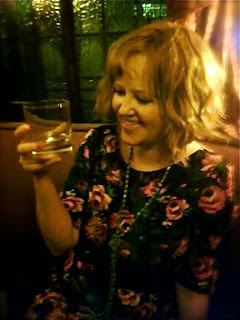